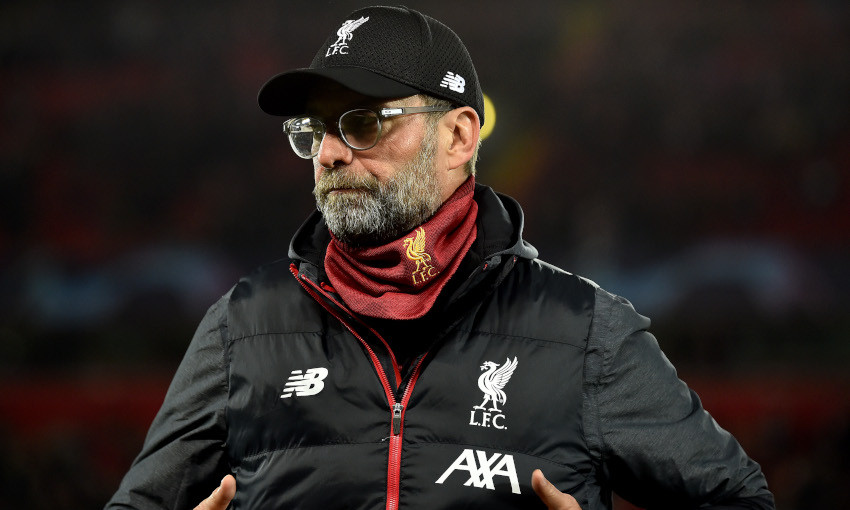 Jürgen Klopp admits Liverpool couldn’t have been handed a much tougher assignment after being paired with Everton in the FA Cup third round.

Monday evening’s draw will see the Reds and Blues meet in the tournament at Anfield, with the fixture set to take place on January 3-6, 2020 in a re-run of the tie played two seasons ago at the same stage of the competition.

And as the rivals prepare to meet in the Premier League tomorrow night, Klopp was asked for his reaction to his side being pitted with Everton once more.

“I didn’t run through my living room celebrating,” the manager admitted with a smile.

“I think for both it’s not exactly what you wish for, that you think, ‘Oh, nice. Again!’

“I have no problem playing Everton: it’s a big game, they’re a great team and a great club, big opponents, but it’s for us and them the first round and then you play immediately [a big tie].

“Last year we had Wolves in the same round and Chelsea at home in the League Cup, so obviously we always go the hard way and that’s our way. We cannot change that.

Watch Wednesday's Liverpool v Everton fixture live on Amazon Prime Video - click here to sign up and get a 30-day free trial when you join.