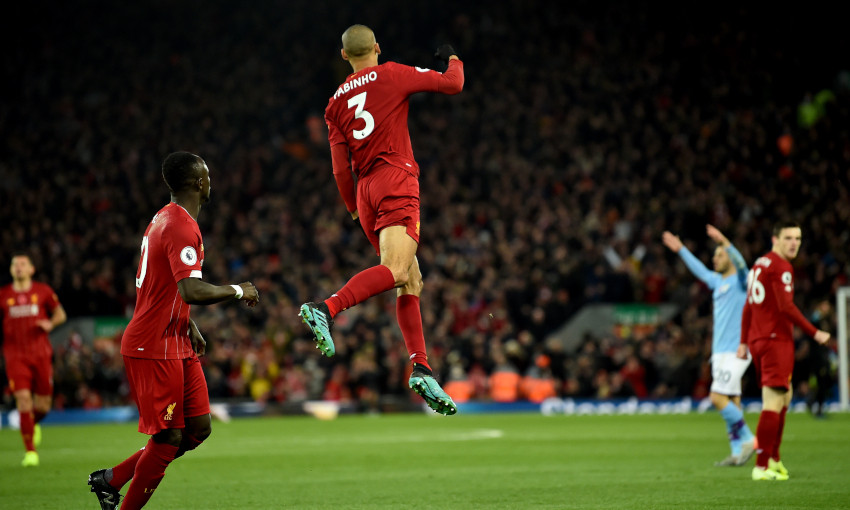 Liverpool powered to an 11th win in 12 Premier League games this season as they beat Manchester City 3-1 at Anfield on Sunday.

First-half goals from Fabinho and Mohamed Salah were added to by Sadio Mane shortly after the restart, and the Reds saw it out despite a late response via Bernardo Silva.

Here are five talking points from a fantastic victory…

Indeed, Fabinho’s tally for the club before the clash with City stood at precisely one – a late header to wrap up a comfortable home win last Boxing Day.

But when a clearance fell to him outside the area in the sixth minute and the crowd urged a shot from distance, he obliged with a hit of supreme accuracy. 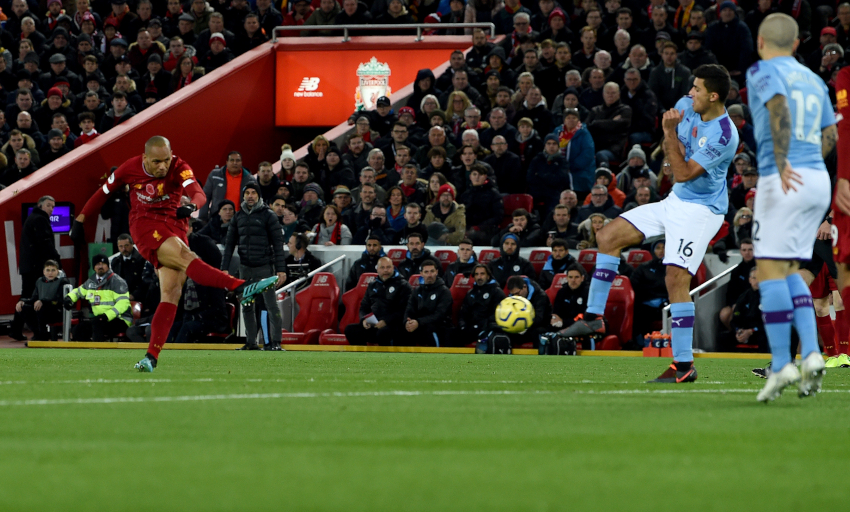 Using the City defenders between him and goal as a guide, Fabinho walloped a perfect strike inside the left post to announce lift-off for Liverpool.

The blast was the Reds’ ninth goal from outside the box in all competitions this season, more than any other Premier League side.

At his pre-match press conference, Jürgen Klopp was asked about the influence of full-backs Trent Alexander-Arnold and Andy Robertson on the way Liverpool play.

“You have to be really strong on the wings, however you do it, because the goal is in the centre of the pitch and the area around the goal is the most crowded area,” he replied.

“So you have to find a way to go through – that’s in behind, you pass it on the wings or you try to find little spaces between their lines.”

Alexander-Arnold’s stunning diagonal pass from one flank to the other cut out the width of the pitch and presented Robertson with a chance to sweep in a brilliant cross to the box.

Salah was the gleeful recipient and matched the build-up work with a deft header back across City goalkeeper Claudio Bravo and into the net.

Mane made his 100th Premier League start for the Reds on Sunday and, in characteristic fashion, marked it with a goal.

Picked out by a sumptuous deep cross from the right by Jordan Henderson, the No.10 met the ball at the back post with a header through the grasp of Bravo.

It was the Senegalese’s 18th goal in his last 17 Premier League starts at Anfield and also his 21st in the division this calendar year, in 30 appearances. 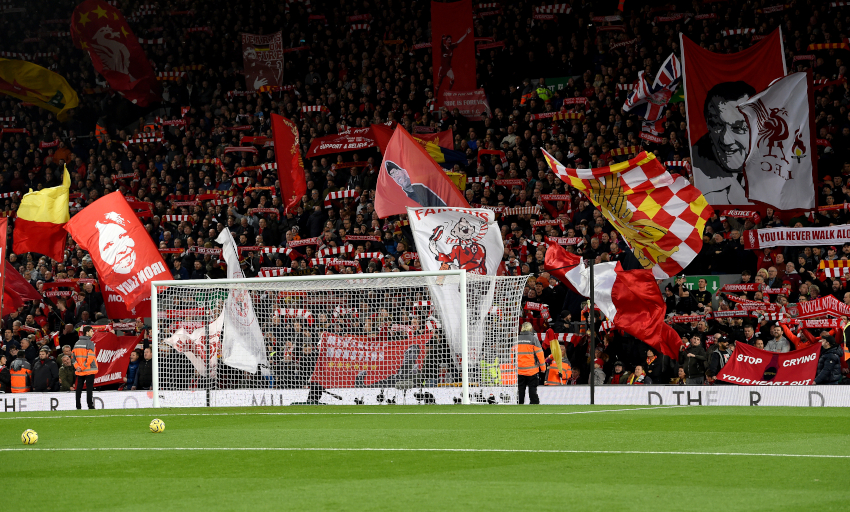 Klopp’s men are now unbeaten in their last 46 Premier League games at Anfield, with this their 36th victory to add to 10 draws.

During that run they have trailed for a cumulative total of just 154 minutes.

The success against City was also their 13th consecutive home league win, which further extended a club record in the Premier League era.

And so it all means Liverpool take an eight-point advantage at the top of the Premier League table into the November international break.

Leicester City, who saw off Arsenal 2-0 on Saturday, are closest to the Reds in second on 26 points, ahead of Chelsea, in third, on goal difference.

Reigning champions City are a point further behind.

Liverpool will pick things up after the pause with a trip to Crystal Palace on November 23.

Jürgen Klopp: I couldn't be happier with the boys

Watch: An alternative view of Reds' draw with City