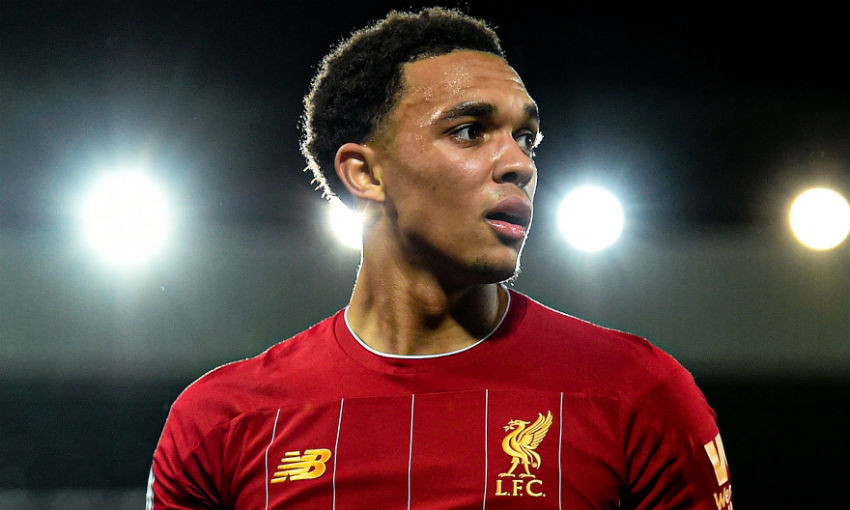 Trent Alexander-Arnold's 'fuel, energy and will power' have driven the Liverpool full-back to elite level, according to Pepijn Lijnders.

Alexander-Arnold created the winning goal on his 100th first-team appearance for the Reds on Saturday as Aston Villa were beaten 2-1.

It was another major milestone for the Academy graduate, who was Lijnders’ captain at U16 level five years ago and has since won the Champions League, been to a World Cup, received a nomination for the Ballon d’Or and much more.

Through it all, the determination Lijnders saw in the protégé’s eyes as a youth player in Kirkby has remained – and, he says, is the secret to his success.

“I don’t like him… I love him!” the Dutchman told Liverpoolfc.com when asked about Alexander-Arnold’s century of games.

“A Ferrari without fuel is nothing. But he has so much fuel, so much energy and will power to develop and make his game better, and to make our game better.

“I saw that when he was 15 and 16, but to see it still in a player – in the eyes and in training – I think it’s the reason why he takes the game further and further and sets a new benchmark for an offensive full-back.

“It’s good, it’s important for the club and for the fans. For us as a coaching staff, it’s important as well because it’s always nice to see players, if we give them the opportunity, they take them and take it to the next level.

“He’s a good example of how the process should work.” 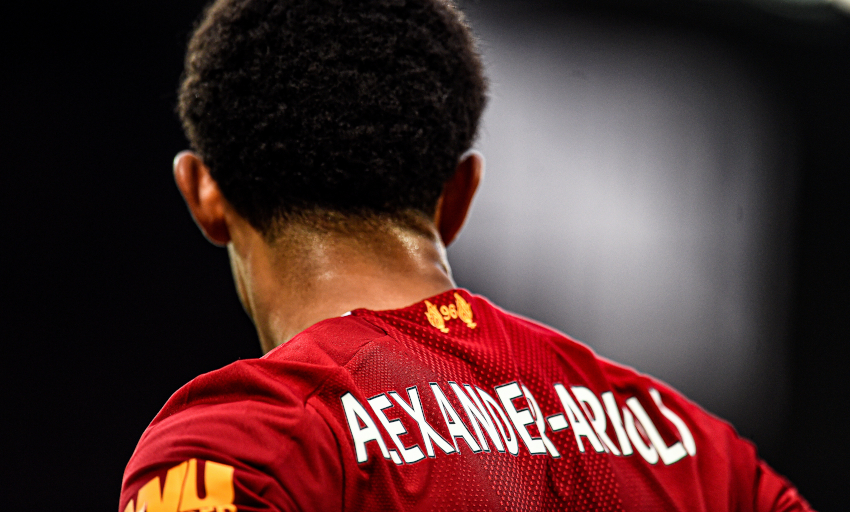 Such is Alexander-Arnold’s quality on the ball – which saw the No.66 set a Premier League record for assists by a defender in 2018-19 – many have suggested he could move into midfield later in his career.

The Scouser played in the centre under Lijnders as he progressed through the Academy and the coach agrees he has the capability to thrive in the position.

But given the balance of the current Reds team, coupled with the importance of the wings in modern football, the Dutchman sees no reason to switch Alexander-Arnold yet.

“He plays as a playmaker on the right,” said Lijnders.

“I said already a few times I’m not sure how the game will evolve, the only thing I know is they close the centre better and better, and defensive stability is becoming better in teams, with five at the back or with four at the back, they defend the centre of the pitch much better.

“Trent is one who gives us that from that position, he plays like a central midfielder there, how he puts passes. Of course, from the centre of the pitch you can reach many more positions. He has that in him, he did that before.

“But in this moment, why would you think about it if you have a midfield like that and Trent as a full-back like that? But, of course, he can do that.”