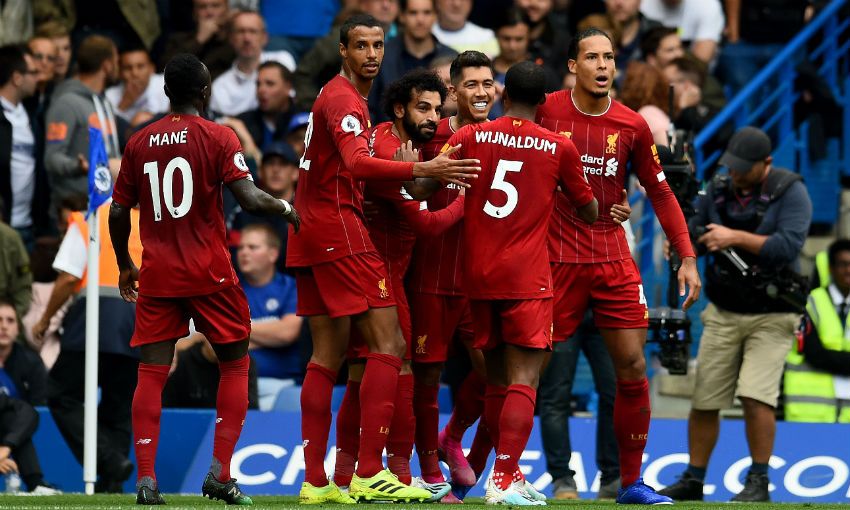 Liverpool made it six wins from six Premier League games this season with a hard-fought 2-1 victory at Chelsea.

Trent Alexander-Arnold’s emphatic early free-kick was added to by Roberto Firmino’s header to put the Reds in control at half-time of Sunday’s match at Stamford Bridge.

N’Golo Kante reduced the arrears for Frank Lampard’s team in the 71st minute and the visitors were forced to withstand sustained spells of pressure thereafter as the hosts pushed for a leveller.

But Jürgen Klopp’s side stood firm to maintain their 100 per cent winning start to the top-flight campaign and restore their five-point lead at the top of the table.

Meanwhile, Fabinho made his 50th appearance for the Reds.

A clever dummy by Mohamed Salah almost brought about a chance for Sadio Mane inside the opening five minutes.

Salah’s act of deception enabled Jordan Henderson to arc a pass towards Mane, but Cesar Azpilicueta’s last-ditch lunge diverted the ball away from the No.10’s run.

Mane and Salah did each play a part in Liverpool’s superb opening goal soon after, however.

The Senegalese was felled by Andreas Christensen on the edge of the area after he’d received a sharp Fabinho pass, following a powerful surge forward from central midfield from the No.3.

Henderson then acted as a decoy, with Salah subtly rolling the dead ball into Alexander-Arnold’s path. The right-back did the rest, planting a firm strike beyond Kepa Arrizabalaga and into the top corner. 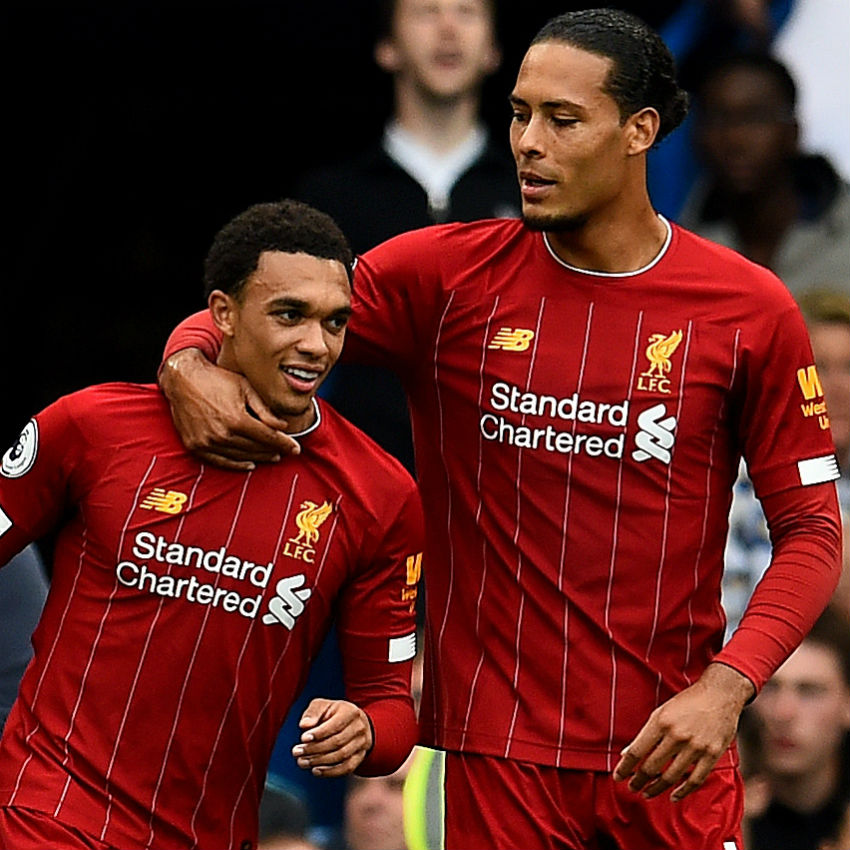 The Reds required an excellent piece of goalkeeping from Adrian, who bested Tammy Abraham in a one-on-one, to maintain their lead before VAR intervened to deny Azpilicueta.

A fortunate ricochet off Fabinho got the hosts in down the left of Liverpool’s penalty area and Chelsea’s captain bundled home the cross, only for the ‘goal’ to be disallowed for offside following a review.

And, three minutes later, the visitors’ advantage was doubled by Firmino.

Another set-piece, another change of angle - this time Alexander-Arnold shifting it to Andy Robertson - and another goal, as Firmino powered in a header from close range.

Only a vital block by Christensen prevented Salah, who had skipped inside Fikayo Tomori, from adding a third shortly before Abraham headed over at the other end in the last meaningful action of a hugely satisfying half for Liverpool. 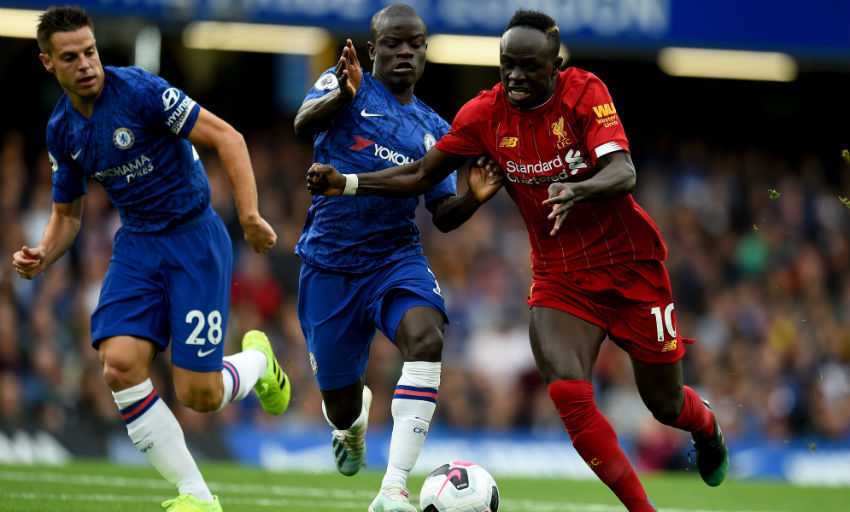 A front-foot beginning to the second period by the Reds was very nearly rewarded just two minutes after the restart.

After a corner was partially cleared, Alexander-Arnold swung in a deep cross to the back post where an unmarked Firmino was lurking. The Brazilian sent a side-footed volley back towards the far bottom corner, but Kepa did well to get down and turn the ball over the crossbar.

Having absorbed that spell of pressure, Chelsea grew into the half and Kante dragged a shot wide from 20 yards on the hour.

That proved to be something of a precursor, though, as Kante then embarked on a mazy run and found the top corner from just outside the box with 19 minutes remaining.

Klopp had readied Milner prior to that goal and pressed ahead with his plan to bring him on, the No.7 replacing Mane and Wijnaldum duly pushing further forward in support of Firmino and Salah.

Adam Lallana was then introduced for Henderson eight minutes from time as the boss sought fresh legs to combat Chelsea’s adventure in search of an equaliser.

A leveller never arrived, though, with Michy Batshuayi and Mason Mount spurning late chances to snatch a point as the Reds extended a club-record winning sequence to 15 Premier League matches.