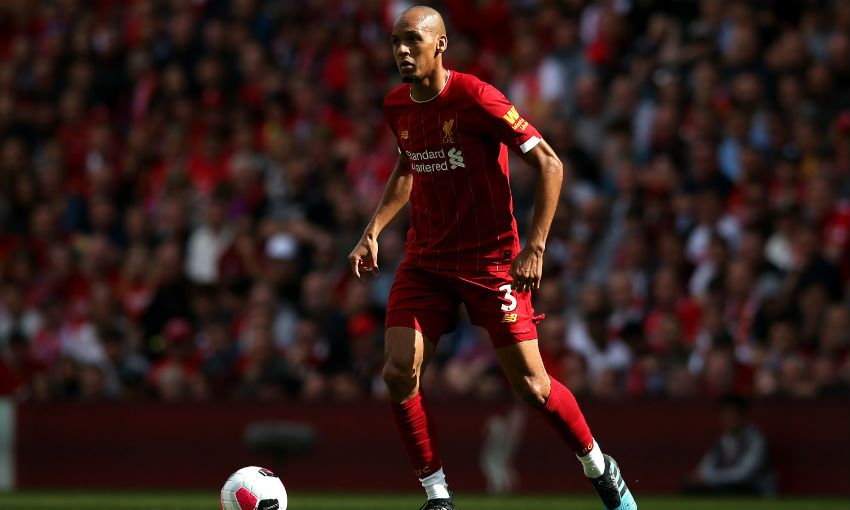 Fabinho's recent stonewalling performances in a Liverpool shirt are as a result of the midfielder piecing together his sublime game intelligence and technical ability, Jürgen Klopp believes.

The Brazilian has received widespread praise for his combative displays in the Reds' defensive-midfield role, having now firmly settled after his switch from AS Monaco in the summer of 2018.

The 25-year-old could make his 50th appearance for the club against Chelsea at Stamford Bridge on Sunday, with Klopp entirely unsurprised at how crucial a component he has become.

"That's not a surprise, that's why we signed him," the boss told a press conference at Melwood on Friday. "He plays like he played at Monaco, but he needed time to adapt to the different rhythm and tempo in the league. That's it.

"But in the moment when that happened, when he got used to that, since then he can play like he plays because of his quality.

"But this alone would not make him the player he is, it's about all his game intelligence. It's really good and that helps all of us."

As good as Fabinho's talents are, Klopp stressed how the Brazil international wouldn't be able to perform how he does without the support of the teammates around him.

"But Fabinho playing in a midfield with having two players who are not really involved in defending, he would look completely different as a player," Klopp continued.

"It's all about why we talk so often about our defensive players how good they are and stuff like this, it's because the team defends in a specific manner and that's really important. If you are not alone, if you have smart boys and good boys around you, it makes life always easier, especially in football.

"Yes, very important part of the team of course, but thank God, he doesn't have to play alone."