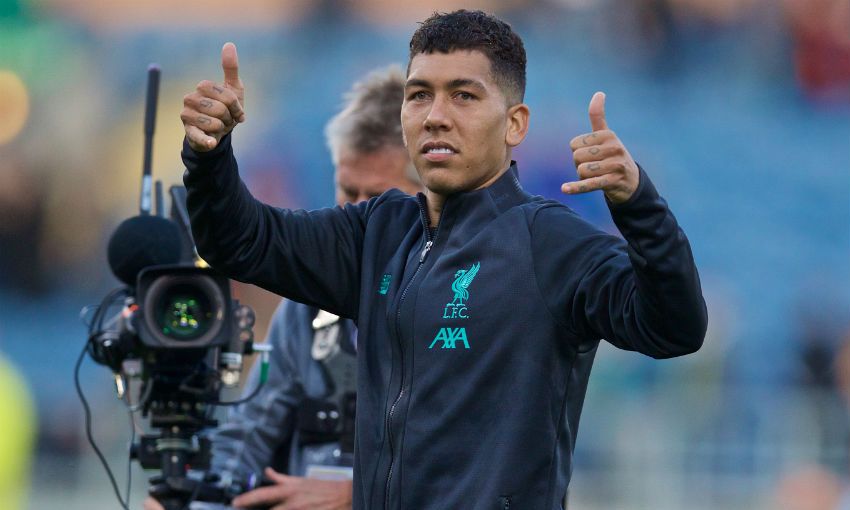 Roberto Firmino's tireless work-rate and sublime quality make Andy Robertson thankful to have him as a teammate.

The No.9 became the first Brazilian to net 50 times in the Premier League when he delivered Liverpool's third in the 3-0 victory at Burnley on Saturday evening.

But scoring goals is just one of countless attributes Firmino brings to Jürgen Klopp's side, leading Robertson to believe he's truly one of a kind.

“With his work-rate, his technique, his goals and his all-round play, I don’t think there’s anyone like him," the left-back said.

“People will say there are better strikers, but for me what he does is so important to our team. We’d be lost without him. He’s world class.

“He does everything, and that’s the beauty of Bobby. He can do it all. He’s our first line of defence, and I’ve not seen anybody better at doing that.

"He presses the defenders and doesn’t give them a minute. He comes back and nicks the ball in midfield for us.

“He’s so important defensively for us, then he goes up the park and scores goals and makes assists. That’s what we need him to do.

“He’s a good trainer, he perhaps doesn’t work as hard as he does in a game, but he saves it for a Saturday. The work he puts in during games is probably more than any other striker in the world.”