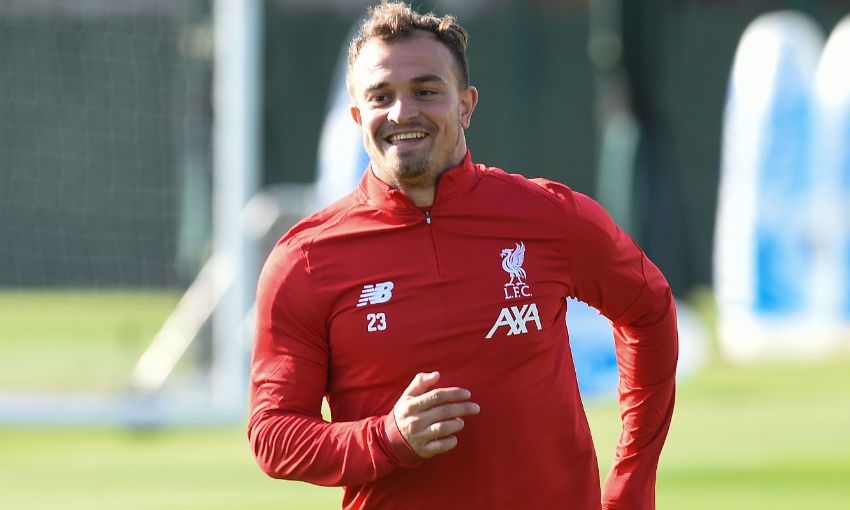 Jürgen Klopp praised Xherdan Shaqiri's application in training and stressed how Liverpool will require the Swiss international's talents throughout the season.

Shaqiri has only featured once for the Reds so far this term when he came on during the second half of the FA Community Shield with Manchester City at Wembley.

The 27-year-old has been an unused substitute in the opening three Premier League matches of the campaign since, although Klopp insists minutes are on their way.

Speaking at a press conference to preview Saturday's trip to Burnley, the boss said: "Shaq is training well, that's the situation.

"It's the first four weeks of the season, that's how it is. That's probably the hardest period for players who are not [playing].

"In training, Shaq doesn’t have to improve in any way if he can keep the level he is doing at the moment.

"Of course he can improve like how everybody can improve, but it's not about that – he doesn't have to show anything special.

Having showcased his ability and first-class attitude on a daily basis at Melwood, Klopp believes Shaqiri is primed for the opportunities that await him.

He continued: "Is he the happiest player in the squad? I don't think so. Can I see that on the training pitch? No.

"He is in a good mood, training hard, doing what he has to do and is ready for the moment when he has to help the team on the pitch."