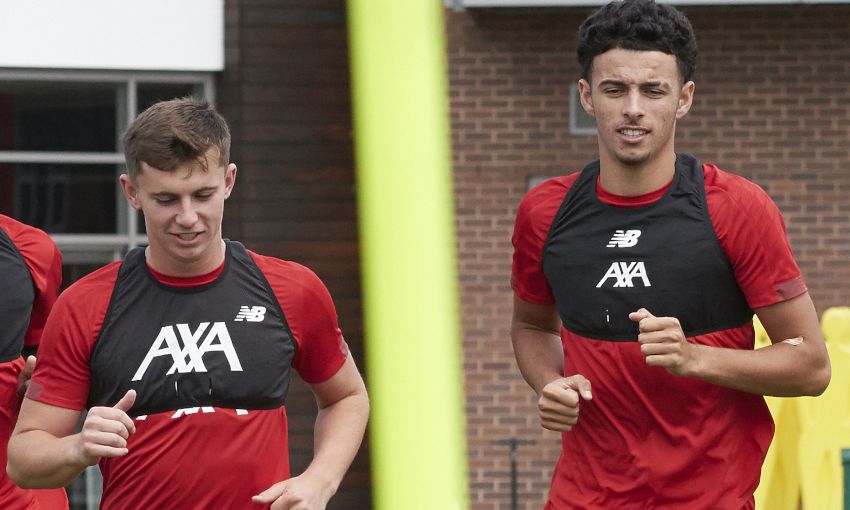 The trio were part of the squad for Liverpool’s United States tour but did not travel for Sunday’s friendly with Napoli and won’t be involved in this week’s training camp in Evian.

Asked for an update on the three at his pre-Community Shield press conference on Monday morning, Klopp offered the logistical reasoning for the decision.

“We have players coming back now and so we decided that they don’t train with us, because of the number of players we have,” said the manager.

“We don’t need that number of players and they can have the pre-season now with the U23s, having games and sessions.

“We have 23 or 24 plus goalies in Evian; it would mean these three plus Ryan Kent [absent with illness] involved would be 28 or 29 and that’s not necessary. We don’t need that big number, that’s why we decided that.”