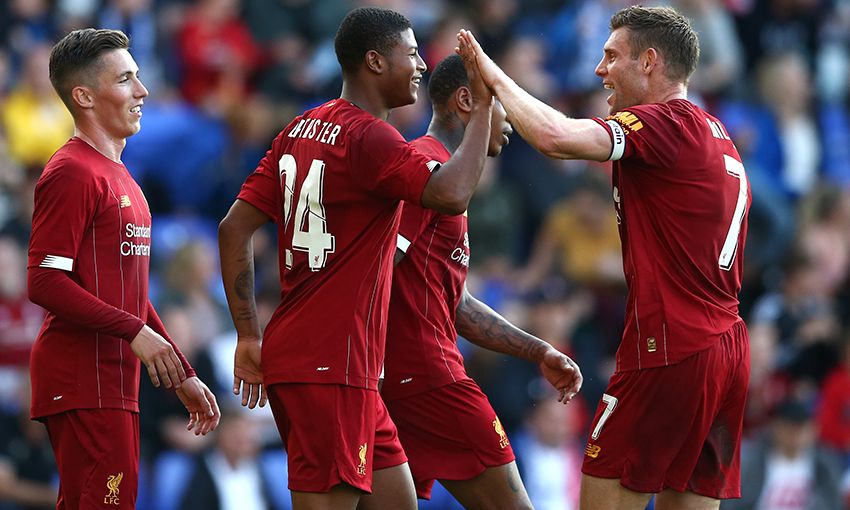 Rhian Brewster scored a first-half brace as Liverpool kicked off their 2019-20 pre-season campaign with a comfortable 6-0 win over Tranmere Rovers at Prenton Park on Thursday night.

The 19-year-old forward netted with a well-placed header and a poacher's finish as he grabbed two in quick succession to make it 3-0 just before the break.

Returning right-back Nathaniel Clyne, who spent the second half of season on loan at Bournemouth, had opened the scoring for the Reds with a drilled finish into the top corner after just five minutes.

Curtis Jones made it 4-0 early in the second half when he tapped in at the back post and captain Divock Origi scored on his first outing since signing a new long-term contract to make it 5-0 on the hour.

Bobby Duncan converted from close-range to complete the scoring on a night when 23 different Liverpool players were given a run out.

Check out all the best images from the match in our gallery below.