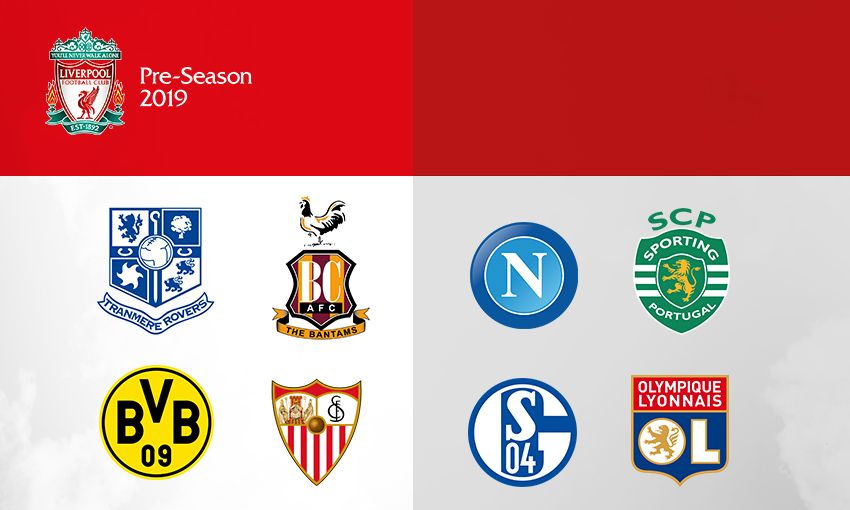 Liverpool's pre-season schedule for 2019-20 has taken further shape with the announcement of five more fixtures in July and August.

The Reds’ pre-season games will kick off when Jürgen Klopp’s side face Tranmere Rovers at Prenton Park, before a charity match against Bradford City in support of former Liverpool defender Stephen Darby.

Following their tour of the United States, the Reds will then head to Edinburgh to play at Murrayfield for the first time, against Serie A outfit Napoli.

Switzerland represents the next stop on the schedule, where Liverpool will take on Olympique Lyonnais at Stade de Geneve on the final day of July.

Pre-season preparations will then be completed at Anfield on August 6 as Bundesliga side Schalke provide the opposition in L4.

Ticket pre-sales will take place for all of these games for season ticket holders, OLSCs and Members, with general sales to follow. Click here for updates.