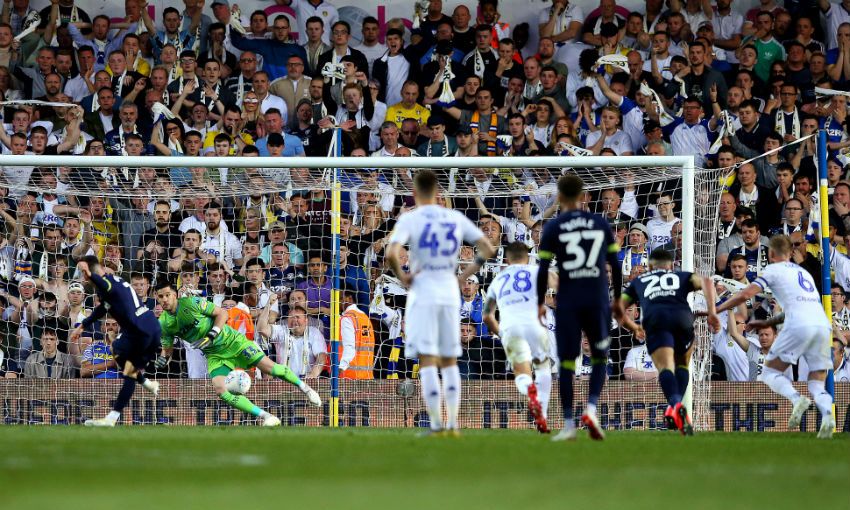 Wednesday night’s pulsating semi-final second leg at Elland Road appeared to be heading Leeds’ way when they took an early lead to add to the 1-0 win they claimed at Pride Park over the weekend.

However, quickfire goals either side of half-time put Derby ahead on the night and level in the tie, before Liverpool loanee Wilson coolly converted a penalty to tip the balance further in Frank Lampard’s team’s favour.

Get in🤪🤩 what a win!!🙌🏼🐏 I spy with my little eye something beginning with W👀 @dcfcofficial https://t.co/cuXV1pkOCo

Leeds netted again soon after to make it 3-3 on aggregate, but Jack Marriott sealed the Rams’ passage to the final with a decisive 85th-minute finish.

Wilson and co will now meet Aston Villa at Wembley on Monday May 27 with a place in next season’s Premier League up for grabs.