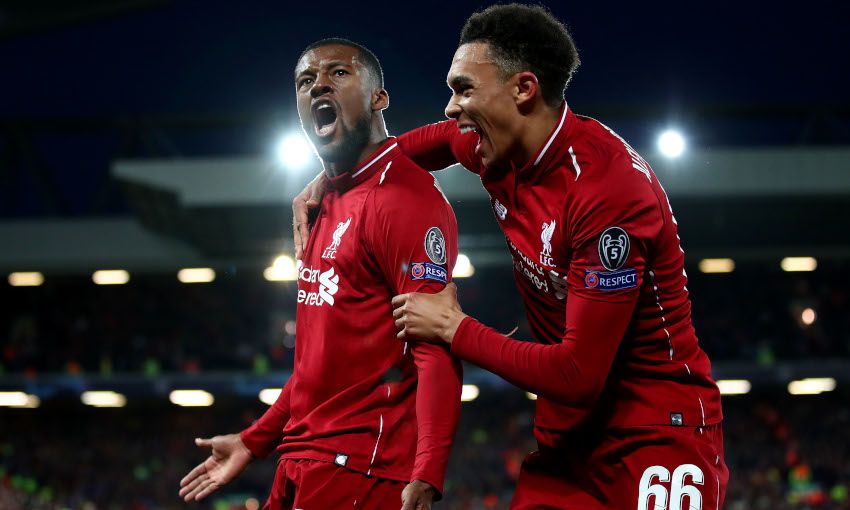 Trent Alexander-Arnold and Georginio Wijnaldum have been shortlisted for the Champions League Player of the Week award following their heroics in Liverpool's 4-0 win over FC Barcelona on Tuesday night.

The duo were instrumental in helping the Reds overturn a three-goal first-leg deficit at Anfield, with Wijnaldum scoring twice after coming on as a half-time substitute and Alexander-Arnold claiming a brace of assists.

They face competition from Tottenham Hotspur pair Lucas Moura and Moussa Sissoko for the accolade.

You can vote for Alexander-Arnold or Wijnaldum to win by clicking here.