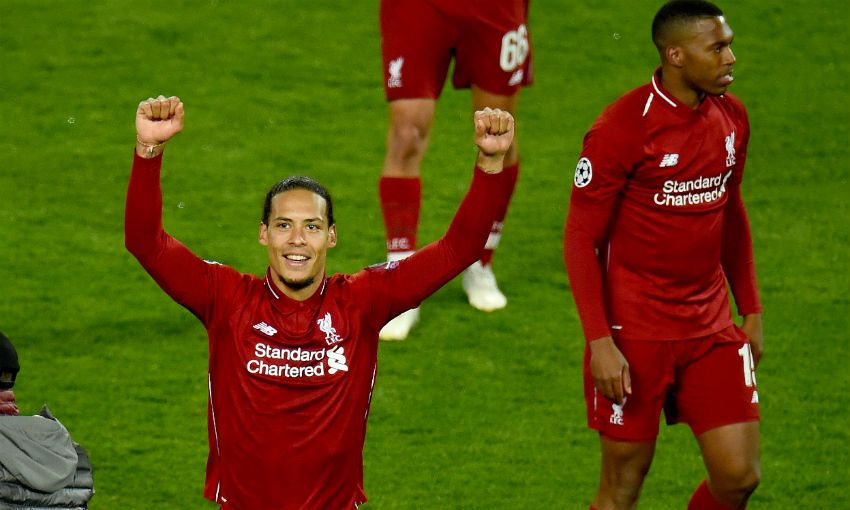 Virgil van Dijk considers a concerted challenge for a Premier League-Champions League double to be ‘just the start’ for Liverpool.

The Reds’ tilt at continental glory continued in remarkable, unforgettable circumstances on Tuesday when Barcelona were vanquished 4-0 at Anfield in the last-four second leg. Tottenham Hotspur await in the final in Madrid on June 1.

And, on Sunday, Van Dijk and his teammates go into the campaign’s last round of top-flight matches trailing leaders Manchester City by one point.

Jürgen Klopp’s side also reached the Champions League final last season, of course, and Van Dijk believes the foundations have been laid for future success.

Inside Anfield | The story of another incredible European night

“We have a great age group, between 20 and 27, 28, so hopefully we can do it all together for the next couple of years at least and grow as a team and get a lot of successes,” said the No.4.

“It’s just the start and hopefully we can do this every year.

“Hopefully we are going to keep challenging for the title. Man City are one of the best teams in the world and they’ve shown the whole season how difficult they can make it for any team in the world. But we’re still in this season and still anything is possible.

“They have it [the Premier League title] in their hands. We’ll see. If it doesn’t happen then it’s not the end of the world. We’ve had a fantastic season, both of us.

“To compete with City says a lot about how we’re progressing from last year. It’s just the start. It’s not like next year we’re not going to try to do it again. It’s something we have to build on.

“There’s still a game to play for them and us on Sunday and we’ll see. The only thing we can do is try to win both: the Wolves game and the final. We have been outstanding this season and if something happens everyone can be very proud and happy.”