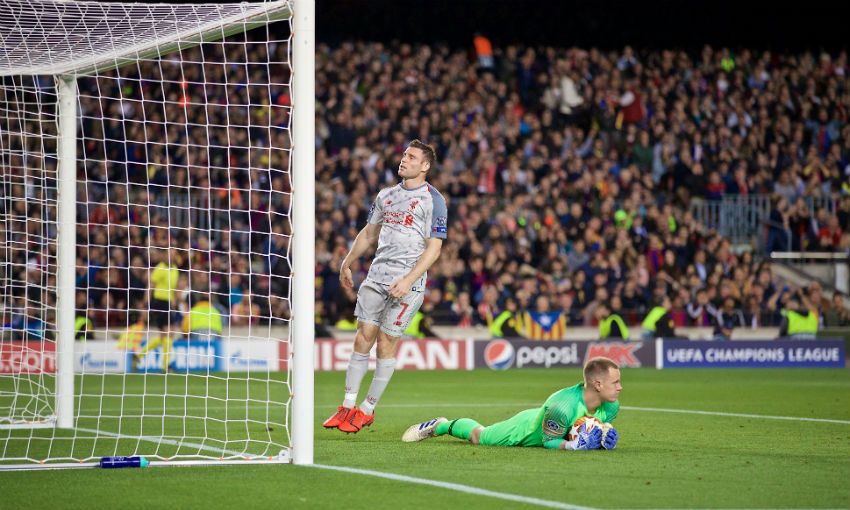 The disappointment resulting from the 3-0 defeat at Barcelona on Wednesday night meant James Milner struggled to draw out the positives from Liverpool's performance in Spain.

The Reds' 19-match unbeaten run came to an end in the first leg of the Champions League semi-final as Luis Suarez's opener at Camp Nou was followed by two Lionel Messi goals after half-time.

Jürgen Klopp's side created plenty of goalscoring chances at the home of the La Liga champions, but were left to rue wasted opportunities at the end of the 90 minutes.

"I think at this stage of the competition the result is the only thing that matters really," Milner told beIN Sports post-match.

"Maybe we can take heart that we created chances in the game and we should have probably taken a couple of those, but it didn't happen and they are a top team who are always going to create chances and they took them.

"We can be proud of our play, but at this stage of the competition you need to get the result."

The result leaves Liverpool needing to overcome a commanding advantage in next week's second leg at Anfield.

But the visitors did try to secure a precious away goal in Catalunya, with attackers Roberto Firmino and Divock Origi introduced shortly after Messi's second strike of the night 15 minutes from time.

"With the score at 3-0 we needed a goal desperately at that point," Milner added. "But before that we were confident that we would score, and it's important to get a goal when you are away from home in the first leg.

"It's tough to take at this stage of the competition and with the performance we put in. But when you come to places like this with the players they have, it's always going to be tough." 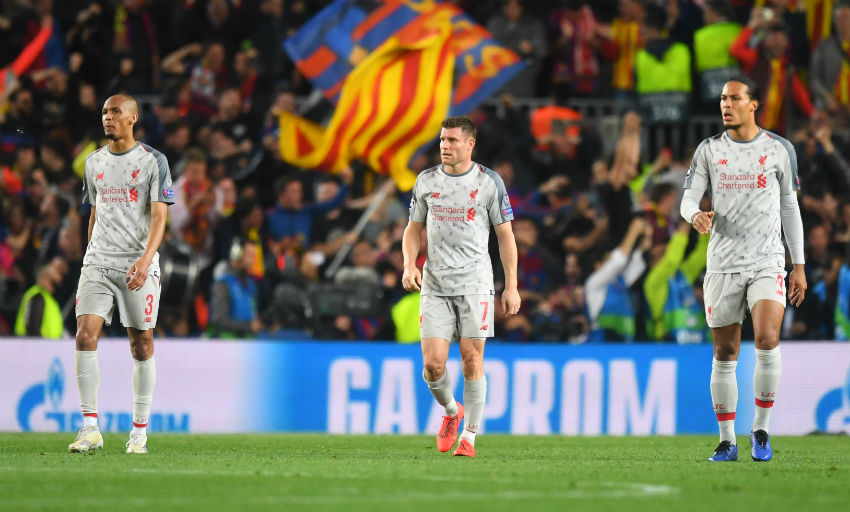 Liverpool must now quickly brush off the Barcelona defeat as focus turns towards the penultimate Premier League match of the season at Newcastle United.

And Milner is convinced the make-up of the squad means there will be a response in the north east on Saturday night.

The vice-captain concluded: "We've obviously got to bounce back first for the weekend, pick ourselves up again after this disappointment. But I think we've all seen the heart in the dressing room before and the drive, the team spirit. We will be ready to go at the weekend.

"Hopefully we can get the result and get a bit of positive feeling going into the second leg."