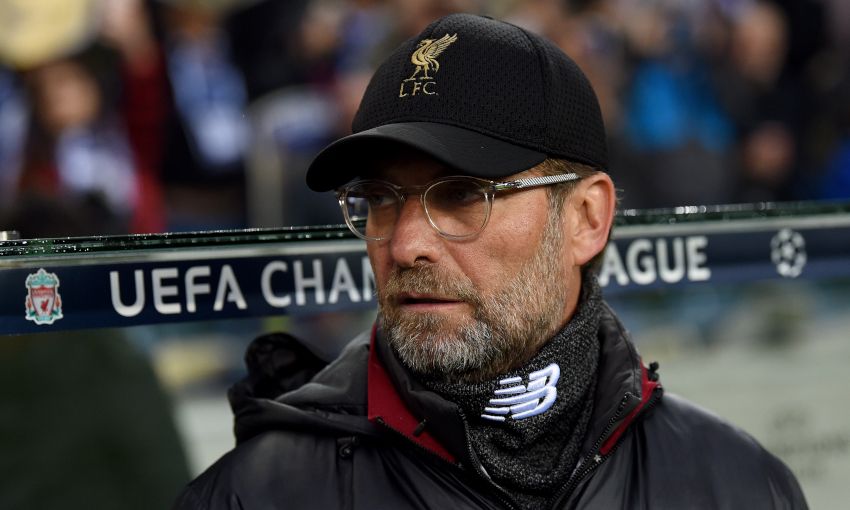 Jürgen Klopp has explained why having fresh legs was an important factor in his selection of the Liverpool team to face Barcelona at Camp Nou.

The manager makes four changes to his XI for the opening match of the Champions League semi-final, with Roberto Firmino on the bench after injury.

Fabinho, Joe Gomez, Joel Matip and James Milner come into the side.

Asked about Firmino’s condition and the decision to name the No.9 among the substitutes, Klopp told BT Sport: “That’s how it is with the short periods between the games – you cannot be sure.

“Bobby wants to [play] and the medical department told me ‘yes, it’s good’ but then you have to make sure – I’m not sure if 90 minutes or whatever.

“So he doesn’t have to start, that’s why we start like we start. Bobby is on the bench, that’s good news.”

Klopp added: “The boys are all in good shape. [But] Hendo played five games in a row, for example, and we play on Saturday and Tuesday.

“That’s why midfield, where it’s really intense, is where we have to make sure we have legs there.

“It’s the same for Trent; it was clear when Joe would be available again that there would be a game and I think today it makes absolute sense in that position.

“For Trent it’s good, he can refresh a little bit, there are important games to come. But the first thing we wanted to make was a good line-up for tonight and for a good line-up you need legs and that’s what we tried to make sure.”