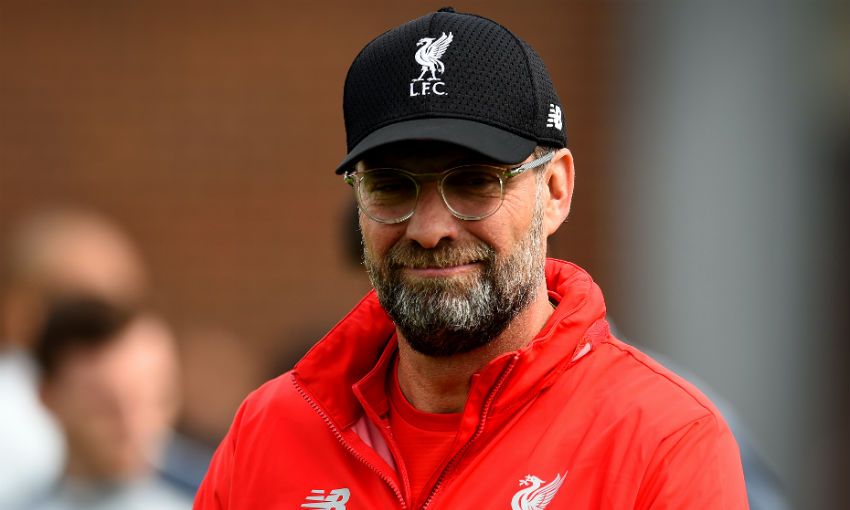 Jürgen Klopp believes his Liverpool side are well 'on the way' to reaching the levels of Barcelona ahead of the Reds' trip to Camp Nou in the Champions League semi-finals.

Participating in the last four of Europe's premier cup competition for the second year in a row, Klopp's side will battle the 2018-19 La Liga champions on Wednesday evening in the first leg.

The Liverpool manager previewed the star-studded encounter in a conversation with Liverpoolfc.com shortly before he and his squad jetted off for Catalunya - and read on below to see what he had to say...

So Barcelona at Camp Nou, you've taken this team and Borussia Dortmund into some pretty intimidating arenas and came away with results. Do you factor in the psychological impact of going somewhere like that and playing a team like that? Or is that being disrespectful to us in saying that?

Nothing around Barcelona if you speak about them as a football club, team then nothing is disrespectful. It's always like, 'OK, that's not bad!' We go there and in a game like this you have nothing to lose and everything to win. It's a really cool place. Thank God, three years ago, two and a half years ago, we were there in December and made our little Christmas trip with the team. [We] watched the last game of the group stage, Barcelona against Gladbach - it was not the most competitive game maybe, but it was still nice.

Inside Training: Reds train ahead of Barca trip

I heard people saying it's not the Barcelona of [the past], come on, really! Analyse them once, it's a really, really good football team with a lot of quality, confidence of course being champions since a few days, probably cup winner in Spain. So it's a big team, but we are on the way to come closer, that's how it is. How close we are, I have no clue. We will see that. We are all looking forward to it and that's the most important thing.

Looking at the Champions League run this season and in the last campaign, we've often been at Anfield in the first leg and then away second...

It doesn't change the dynamic with the away goals, does it?

But you dream of these games when you are a football player. You want to play Barcelona and, in the best way, you want to compete with them. I think we can do that, but we have to show it tomorrow.