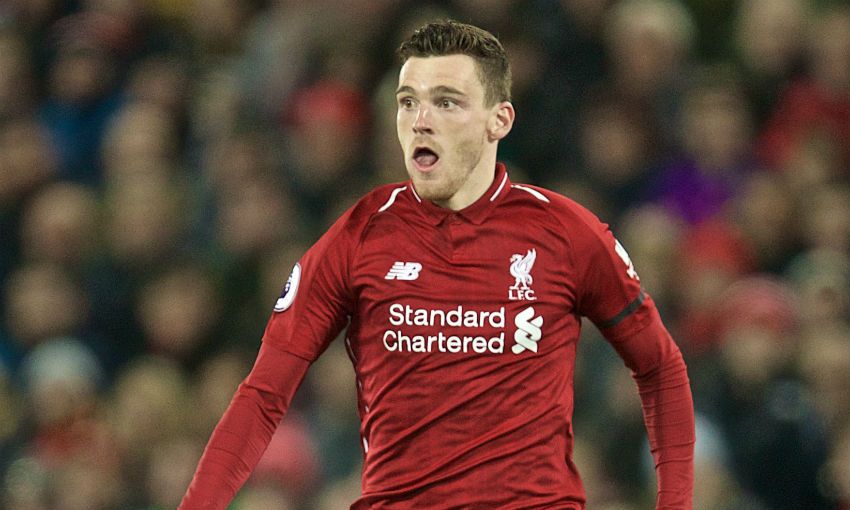 Liverpool will continue to push Manchester City all the way in the Premier League title race, Andy Robertson has stressed.

However, City's win at Manchester United in midweek means they are in control of their own destiny and can move back into first place with three points at Burnley on Sunday.

"I watched the game on Wednesday. I felt if I watched it, it wasn't going to make much of a difference," Robertson told Sky Sports.

"We don't expect anything and all we can keep doing is winning games and putting the pressure on them.

"If they pick up the points then we know they win the league. But as long as we keep applying the pressure then hopefully they slip up.

"But we'll wait for that to happen hopefully."

Mohamed Salah and Sadio Mane scored braces in the victory over the Terriers on Friday, with Naby Keita also on the scoresheet.

Robertson provided the assist for one of Mane's converted headers to become just the third defender to record at least 10 assists in a single Premier League season.

Trent Alexander-Arnold also set up a goal during the Huddersfield win as the long-running battle between the full-backs to record the highest number of assists in 2018-19 heats up.

Robertson currently leads the way with 13 in all competitions, while Alexander-Arnold trails by two.

The left-back continued: "[I'm] delighted. He got one as well [but] I'm just keeping in front.

"It's all about helping the team and it pushes both of us. That proves it by the numbers this season.

"It's friendly banter and hopefully it stays that way all the way through.

"Whoever wins it, it's going to be incredible and good numbers from both us."