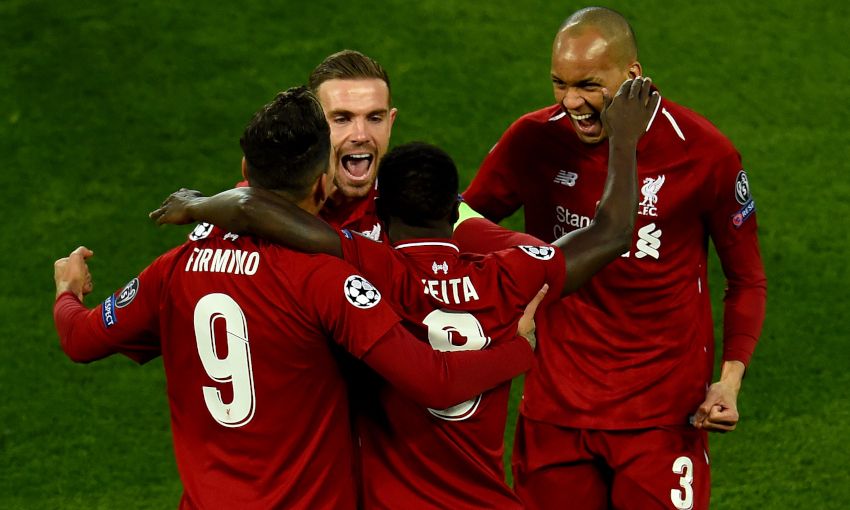 Liverpool secured a first-leg advantage in the Champions League quarter-final tie with FC Porto after recording a 2-0 victory at Anfield on Tuesday night.

Naby Keita’s drive deflected off Oliver Torres and looped into the net after just five minutes to give the Reds the perfect start.

Roberto Firmino then doubled the lead midway through the first half, turning in Trent Alexander-Arnold’s low cross from point-blank range to seal a 2-0 aggregate lead at the halfway stage.

The teams will meet again next Wednesday in Portugal to determine who sets up a semi-final meeting with either Manchester United or FC Barcelona.

Liverpool made three changes from the team deployed at Southampton on Friday night as Dejan Lovren, James Milner and Jordan Henderson returned in place of Joel Matip, Georginio Wijnaldum and the suspended Andy Robertson.

Joe Gomez was named on bench for his first involvement in a matchday squad since sustaining a leg fracture at Burnley on December 5.

With Anfield still illuminated by early spring daylight, Liverpool got the game under way having been eager to make clear last season’s meeting between the teams would have little to no bearing on the outcome of this campaign’s tie.

Of course, the Reds eliminated their Portuguese opponents 5-0 on aggregate in that last-16 clash, with all the goals coming on an emphatic night at the Estadio do Dragao in the first leg.

However, keen to avenge the memories of that particular evening, Porto made a lively opening at Anfield – and Moussa Marega hooked wide of Alisson Becker’s post after a cross had deflected into his path just two minutes in.

But shortly after, Liverpool were ahead. Sadio Mane’s cross from the left was controlled by Firmino and laid off in the direction of Keita, whose effort deflected off the attempted challenge of Torres and beat Iker Casillas.

Firmino was presented with an opportunity of his own just seconds after the re-start, but on this occasion the visiting goalkeeper was able to foil it.

Then, on 22 minutes, Mohamed Salah pounced on a wayward pass, held off the attempted challenge of Felipe and rolled a low shot beyond Casillas but – unfortunately – agonisingly just wide of the far post.

Nevertheless, Liverpool’s advantage was extended when Henderson’s sublime pass sent Alexander-Arnold scampering into space on the right of the area. His low cross picked out Firmino unmarked inside the six-yard box, who gleefully turned the ball into the net. 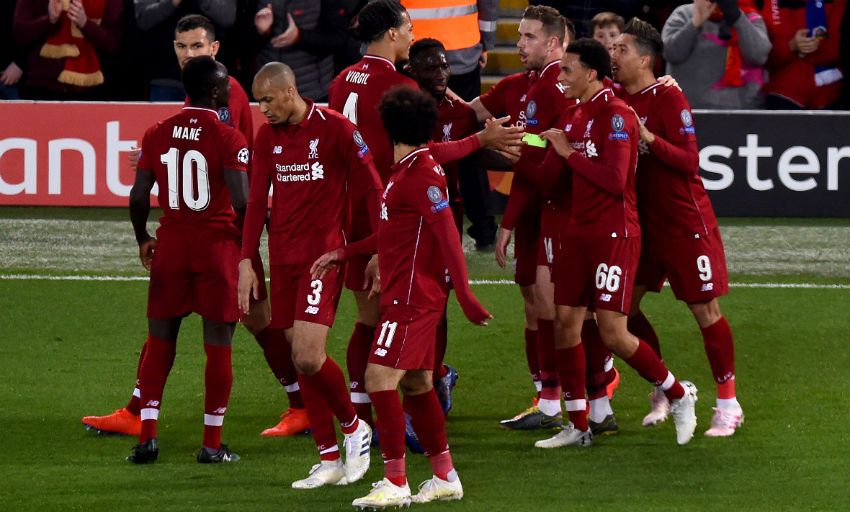 Porto were presented with a chance to get back into the contest when Marega sped into the area and pulled the trigger, but his low shot was blocked by the boot of Alisson.

The visitors then had penalty appeals turned down by VAR following claims Alisson had nudged the ball against the hand of Alexander-Arnold after the visitors had worked the ball back into the area.

At the other end, Firmino hoisted a volley from a Henderson centre inches over the crossbar, but Jürgen Klopp’s team’s two-goal advantage remained intact going into the interval.

Liverpool thought they’d made the ideal start to the second period when Mane stabbed in a cross from Henderson, but an offside decision was upheld by VAR and the effort was chalked off.

Both teams took turns in trying to add further to the scoreline, with Marega bringing another save out of Alisson while Mane scooped narrowly off target from the edge of the area.

With just under 20 minutes remaining, Divock Origi came off the bench to replace Mane.

Marega again had an opportunity for The Dragons when he escaped behind Lovren to meet Eder Militao’s long ball forward, but he skewed wide of the near post.

Daniel Sturridge entered the action, taking the place of Firmino, for the final 10 minutes of the contest as Porto pressed in search of an away goal to take into next Wednesday’s return meeting, but Liverpool completed a good night’s work by seeing off the threat to hold onto the clean sheet.