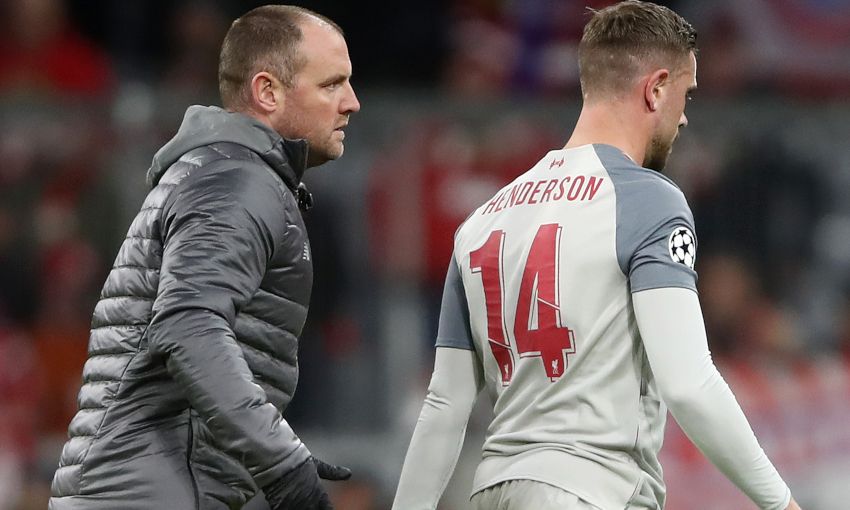 The Reds' captain was forced off 13 minutes into his side's 3-1 win in the last-16 second leg at the Allianz Arena.

"It's a big night with a little shadow that is Hendo's twisted ankle," the boss said.

"It's Hendo so he's a hard one, but we have to see, of course. It looks hopefully not that serious but for tonight we had to change.

"That's always a bad sign for a game, when you have to change early. We trained with him there in that position - we wanted to, not to rest Fabinho, but we wanted to bring in fresh legs and Hendo had fresh legs but unfortunately that didn't help with the ankle."