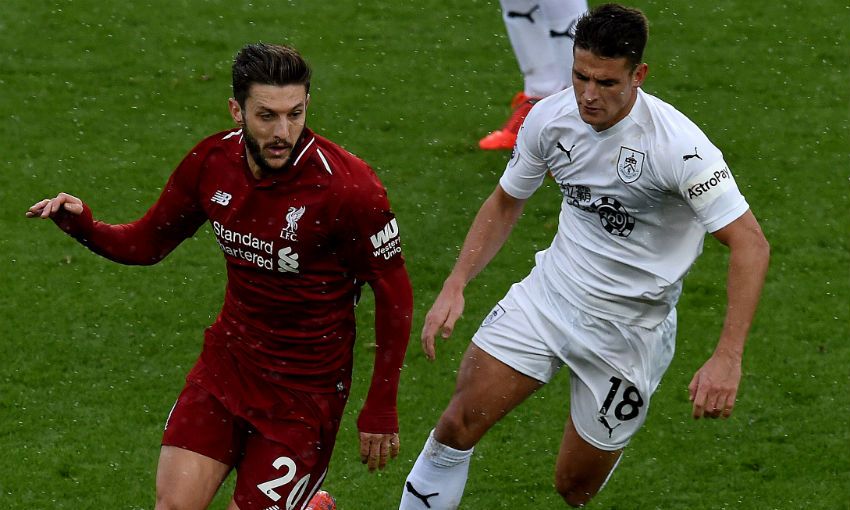 It was a moment that Jürgen Klopp described as a ‘game-changer’ - and Adam Lallana has revealed the planning behind his goal-creating tackle against Burnley.

With the scoreline reading 1-1 at Anfield on Sunday after Roberto Firmino had equalised Ashley Westwood’s early opener, midfielder Lallana slid in to block Phil Bardsley’s attempted clearance around 25 yards from goal.

The ball duly cannoned off Liverpool’s No.20 and back into the danger area where, after Mohamed Salah had been denied by a desperate last-ditch challenge, Sadio Mane was free to curl home and put the Reds ahead in the 29th minute.

Klopp’s side went on to beat the Clarets 4-2 thanks to second-half strikes by Firmino and Mane and, during his post-match press conference, the manager praised a ‘fantastic counter-pressing block’ that formed part of a Man of the Match-winning performance from Lallana. 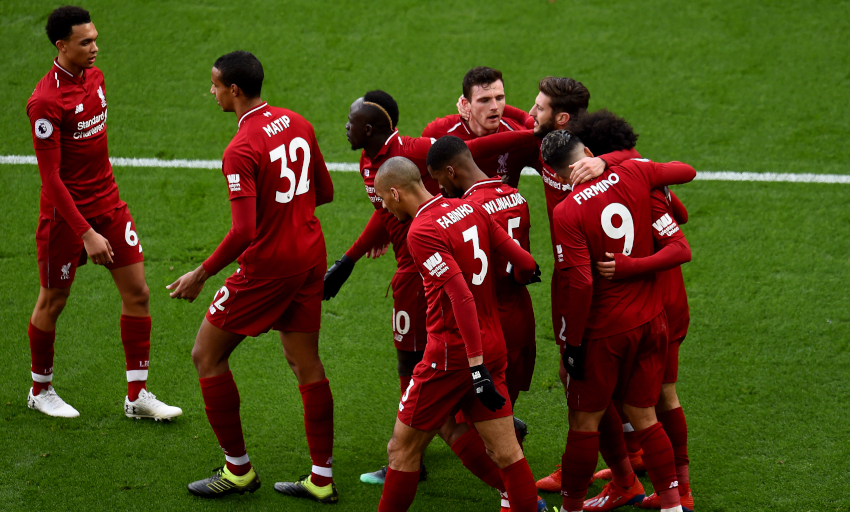 “I just thought the ball was there to be won,” the England international told Liverpoolfc.com.

“The manager highlighted Millie doing it a couple of weeks ago against Watford I think, and sometimes those moments can just create an intensity and a feeling. The fans pick up on it and sometimes it can result in a goal, so happy days.”

Victory takes Liverpool to back within a single point of Premier League leaders Manchester City with eight games of the season left to play - and Lallana was satisfied to secure a crucial win.

He said: “Three points is obviously the main thing. At the end we made it a little bit nervy for ourselves by conceding, but [they were] tough conditions.

“No excuses, it’s the same for both teams, but I think both teams would rather it wasn’t blowing a gale out there. But considering we went 1-0 down early, I thought we responded well and were calm and showed good character. You’re not going to get everything your way at home and you might go behind. I thought we were calm and dealt with it really well.

“Burnley are fighting for every point, especially after the results yesterday. It’s so tight down the bottom. I thought they made it very difficult for us at times, especially the two boys up top who gave Joel and Virg a run for their money I thought. I’ve not seen many people do that at Anfield but, saying that, I thought we dealt with them well and contained them. It’s a big, big three points in the end.”

Klopp confirmed that Lallana’s inclusion in the Reds’ starting line-up was just reward for his fine work in training throughout the week, and the 30-year-old was delighted to play his part in an impressive team display that ensures the title race remains a nip-and-tuck affair.

“It’s been a tough 18 months to two years for me,” Lallana admitted.

“I’ve not been fit consistently for a while so it’s nice to have been fit for eight or nine weeks now and I just feel I can benefit off that rhythm.

“It was great to get a chance, but it’s not about individuals, it’s about us as a team taking it game by game and I’m sure it’s going to go down to the wire. It’s exciting for the neutral, nervy for the fans, but we’re just going to enjoy it.”