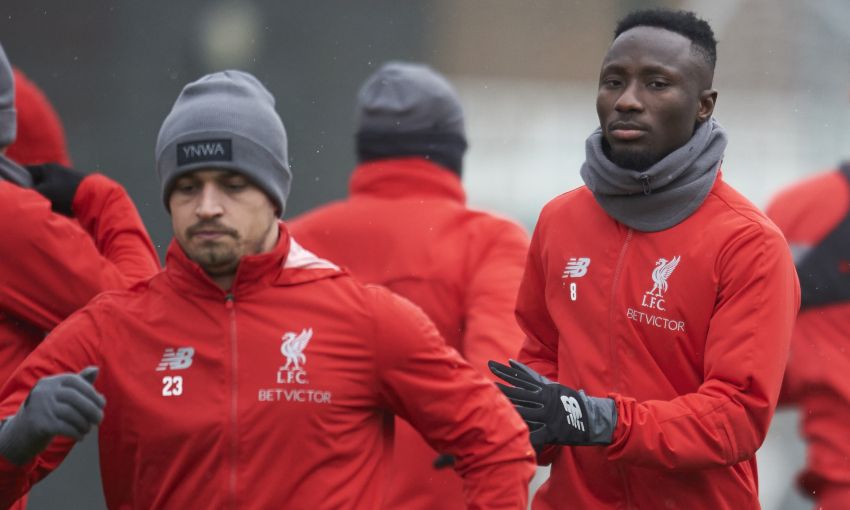 Jürgen Klopp has revealed the reasons behind the limited game time for Naby Keita and Xherdan Shaqiri in recent weeks.

The pair, new recruits last summer, featured for six and 19 minutes respectively in the past three matches as Liverpool were held to goalless stalemates at Manchester United and Everton either side of a 5-0 thrashing of Watford.

“It is about our situation in training and what’s needed individually for the next opponent. That is all that we think about,” said Klopp of the opportunities for Keita and Shaqiri.

“We don’t stick to one formation or the other, but the boys need to offer. Sometimes it is more possible and sometimes it is not possible for different reasons.

“Sometimes we don’t have the sessions. Then it’s more difficult to offer something. It’s all part of the decision-making.”

The manager continued: “It’s just that we have to think about a lot of things before a game. We played quite a few teams with really good set-pieces, stuff like that. We needed to make sure that we had the right line-up and set-up for that.

“Naby is actually in a good moment and has trained well. It’s only been the last three games he didn’t play too much.

“If we play the system we usually play most of the time then there are only three positions [in midfield]. Somebody has to be out but it’s all good. They are all fit and we can use them all.

“It’s similar with Shaq. He had a little injury and was out [for Bournemouth at home]. There was something with his back and he needed a little time.

“I remember the moment when he got the injury – he won a heading challenge near the sideline. His body wasn’t used to that! It affected him.

“With the line-up we had and system-wise, it wasn’t difficult but we have to change a little bit if Shaq is playing. For the last few games we didn’t do that. He’s fully fit now.”