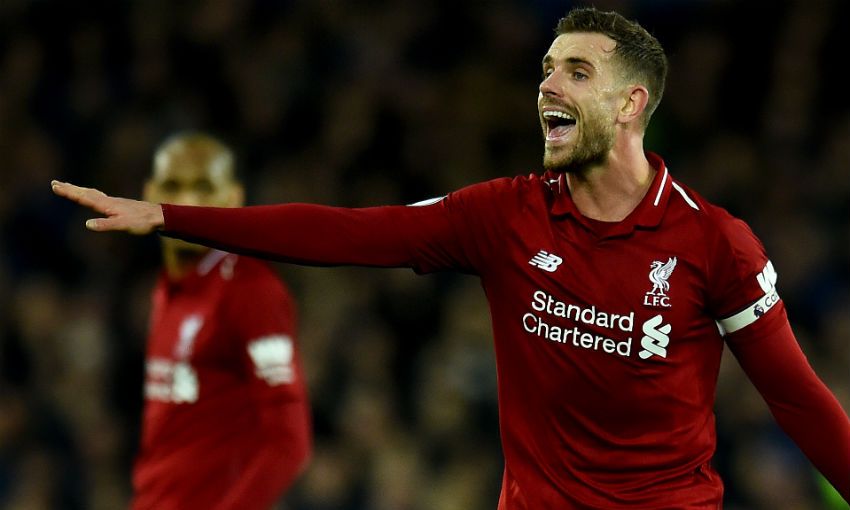 The 233rd Merseyside derby ended all square, with the result meaning the Reds remain second in the Premier League table, a point behind Manchester City.

Typically, the meeting with the Blues was a frenetic affair played out amid a vociferous atmosphere, but it was the visitors who enjoyed the better of the few real goalscoring opportunities to emerge throughout the 90 minutes.

Mohamed Salah was twice denied when one-on-one with Jordan Pickford - firstly by the goalkeeper and then by Michael Keane’s last-ditch challenge - while Lucas Digne scrambled the ball away from Fabinho as the Brazilian was set to shoot from no more than five yards with 20 minutes left.

Captain Henderson acknowledged the frustration brought about by Liverpool’s failure to make the elusive breakthrough, but remained upbeat with nine top-flight matches left to play this season.

“We’re disappointed in the end because we want to win the game, and we probably should have, to be honest, with the chances we created,” the midfielder told Liverpoolfc.com.

“But still we’ve got to give credit to Everton, they’re a good side, the atmosphere was brilliant, they played an intense derby match like we knew it would be. It’s a tough place to come. It’s always tough.

“I think we’ve done enough to win the game with the chances we’ve created first and second half, but we’ll keep going. There’s still a long way to go.

“You’ve got to stay confident, stay positive - we’re still in the hunt and we’ll just concentrate on what we need to do. Like we’ve always said, we’ll take it game by game and there’s still quite a few games to go, so that’s what we’ll keep doing from now until the end of the season.” 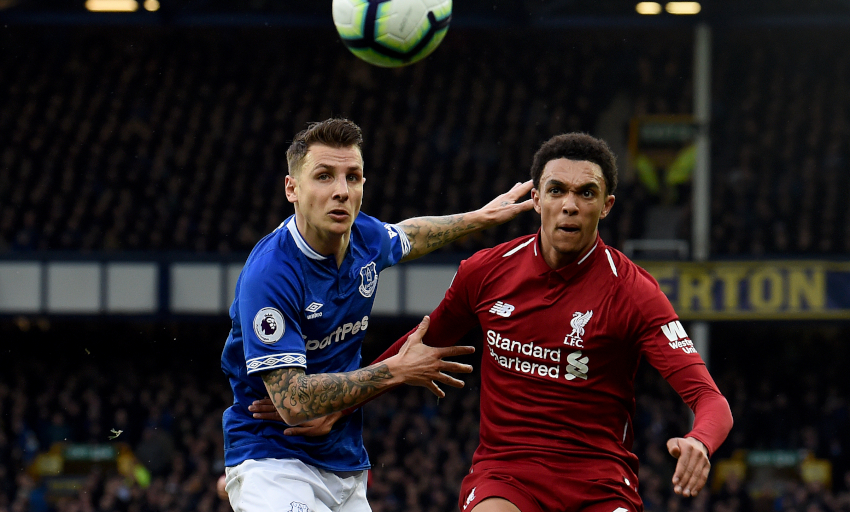 The outcome at Goodison represents the second time in seven days that Jürgen Klopp’s team have been held to 0-0 away draws, following last weekend’s stalemate at Old Trafford.

The Reds did, though, beat Watford 5-0 in midweek and Henderson feels that proves that an unwanted pattern is not emerging.

He continued: “Scoring goals is probably the hardest part of football, so as long as we’re creating the chances we know it’ll come in the end.

“Midweek we scored five - I know it was at home, but we know we can score goals. We defended well again, probably would’ve liked to have kept the ball better at times [and] for longer periods, but in the end we’ve got to take the point and move forward because like I say, Everton’s a tough place to come to.”