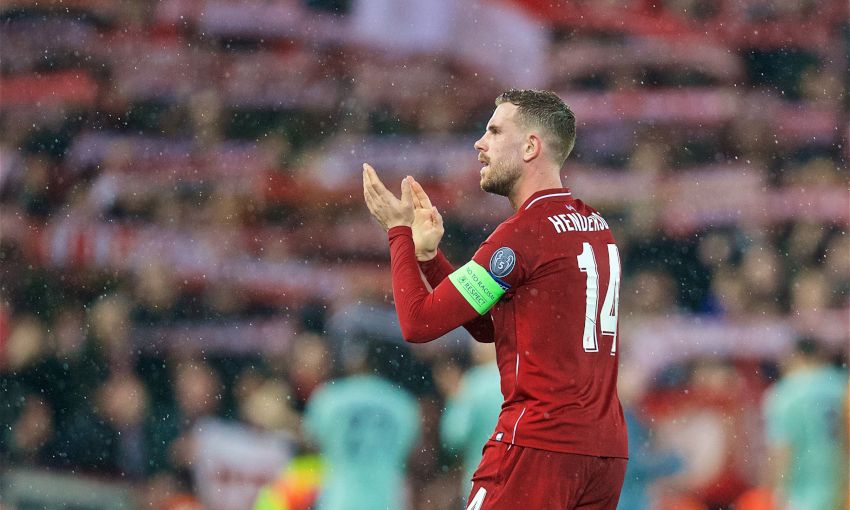 The captain led by example in the first leg of the last-16 tie, registering more passes (72), passes in the opposition half (41), possession regains (eight) and tackles (four) than any of his teammates.

Henderson and co were unable to find a way through the Bayern defence but the clean sheet means the Reds can capitalise on the away goals rule in the return leg in Munich. 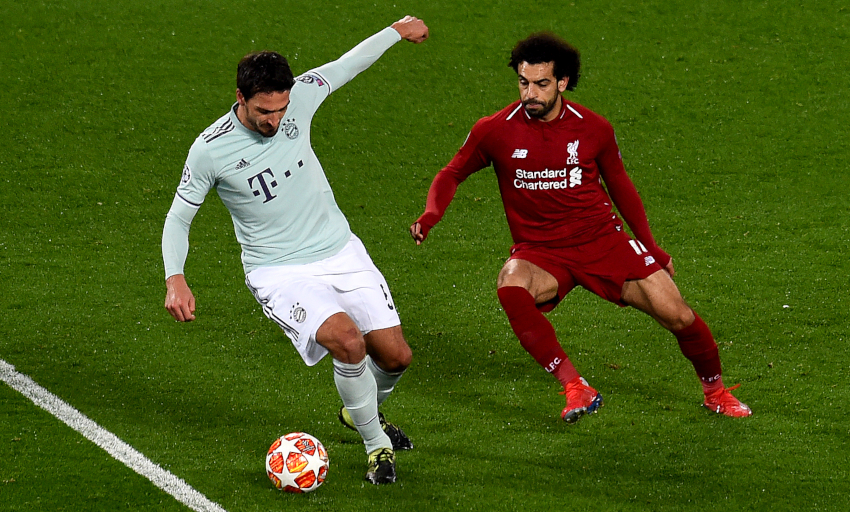 Asked about the individual performances of his skipper and Fabinho, who was deployed at centre-back with Virgil van Dijk suspended, Klopp told BT Sport: “A clean sheet without the big man – probably not a lot of people would have expected that. That was very good.

“Defending in general was good. And of course, Hendo did a brilliant job there, it was unbelievable how many balls he won back and stuff like that.

“It was a fantastic game from him – but that’s actually what we expect as well.”

Fabinho made one particularly crucial intervention early in the second half, when Robert Lewandowski was poised to turn and finish from close range.

And the Brazilian was praised by fellow defender Andy Robertson for the way he handled a positional switch on such a big occasion.

“[He was] different class. The good thing for us was we hadn’t had a game for 10 days, so me and Fab have been working together in training and trying to get a partnership,” said Robertson.

“Of course he would prefer not to be playing there but I thought he did a great job for us, he put in some great tackles in the box.

“We’ve got Virg back for the next leg but Fab did the job we needed him to do. We all stuck by him and protected him – but he didn’t need it.”