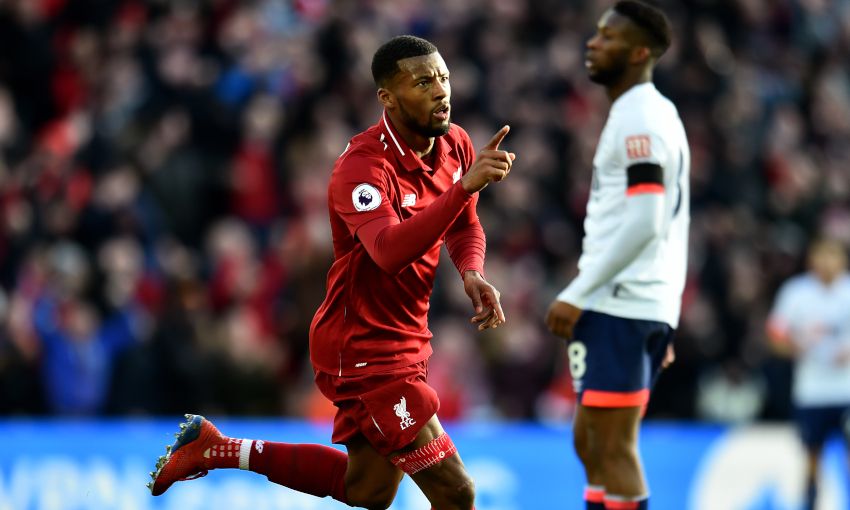 The demands of the Premier League title race have not surprised Georginio Wijnaldum or his Liverpool teammates.

Wijnaldum was a star performer during Saturday’s 3-0 win over Bournemouth at Anfield, which returned the Reds to the summit of the table.

Manchester City’s victory against Chelsea lifted the reigning champions back to the top on goal difference yesterday, though having played a game more than Liverpool.

With 12 league fixtures remaining, Wijnaldum believes his team must maintain and, in fact, improve their level to achieve their ultimate ambition.

“It is always a good response when you win. Three goals and a clean sheet makes it even better,” the Dutchman said after the match.

“We must make sure we respond every game, not just one game. It is difficult [competing with City] but we already knew from the beginning that it would be difficult.

“We have to control our results and performances. We have to give everything in every game and in the end see where we are. You could see at the beginning of the season we have improved. We just have to keep it going.”