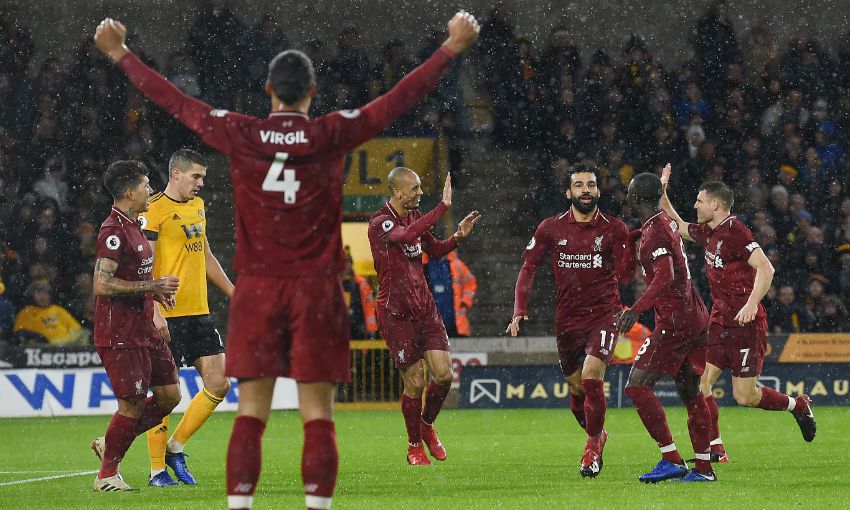 Mohamed Salah and Virgil van Dijk were on target as Liverpool beat Wolverhampton Wanderers 2-0 to move four points clear at the top of the Premier League.

Friday’s impressive victory at Molineux was kick-started by Salah’s inventive 18th-minute finish, before the No.11 - an irrepressible presence in the Reds’ attack throughout - turned provider for Van Dijk, who volleyed in his second goal for the club midway through the second half.

The win extends Jürgen Klopp’s side’s unbeaten start to the top-flight campaign to 18 matches and takes them further ahead of Manchester City at the summit of the table - at least temporarily, with Pep Guardiola’s team meeting Crystal Palace on Saturday.

Jordan Henderson - making his 300th Liverpool appearance - returned to the starting line-up alongside James Milner as Klopp made two changes to his XI.

Georginio Wijnaldum and Nathaniel Clyne were named on the bench, with Milner again deployed at right-back.

Warming to their task immediately amid the teeming rain and boisterous atmosphere, Liverpool controlled the earliest stages of the match by popping the ball around with intent.

However, a loose pass by Fabinho afforded Wolves’ Adama Traore the game’s first sight of goal three minutes in, only for the forward to blast wide of Alisson Becker’s near post.

A quick breakaway from the hosts after Naby Keita had appeals for a penalty waved away concluded with Traore again firing off target, and Van Dijk then saw a low drive blocked after he’d collected Milner’s corner and dipped inside his marker via some nimble footwork.

With the breathless tempo showing no sign of abating, Alisson had to palm away Roman Saiss’ deflected attempt before a classy move, which Salah started and ended, saw the Reds take the lead.

A quick free-kick by the No.11 found its way to Fabinho having hit the back of a defender. The Brazilian played a sharp one-two with Sadio Mane, and his drilled cutback was duly converted with the deftest of first-time finishes from the outside of Salah’s left foot. 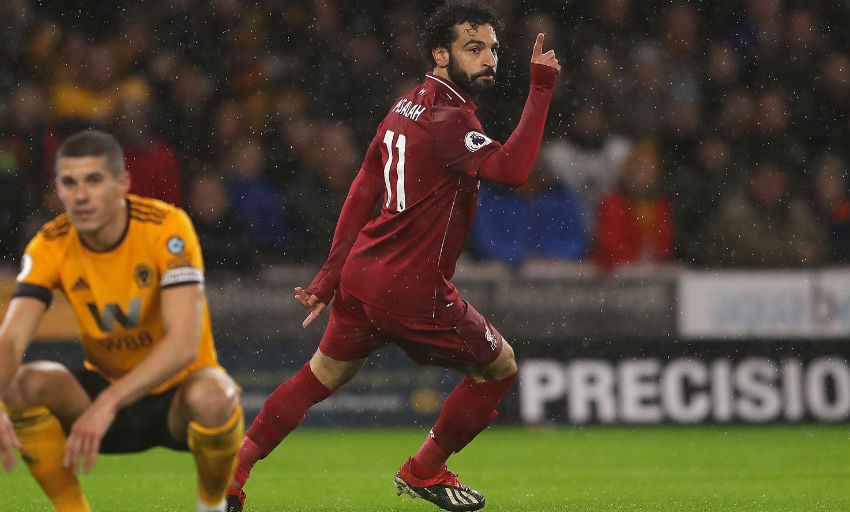 Milner tested Rui Patricio with a powerful strike from 20 yards as the visitors went in search of a quick second, although Wolves enjoyed a spell of pressure thereafter, with Matt Doherty heavily involved.

First, the right-back went down under a challenge in the area by Milner without reward from the referee, before his well-hit shot was saved by Alisson.

Liverpool, though, went in ahead at the break.

Salah - found free on the edge of the box by Milner’s clever corner - whistled a half-volley narrowly over the crossbar early on in a half that Keita lasted just 13 minutes of before being forced off with an injury.

Adam Lallana replaced the No.8 and went close to doubling his team’s advantage a minute prior to Van Dijk doing just that.

Lallana’s shot was diverted wide for a corner that Milner took short to Andy Robertson. The left-back’s deep cross was hacked clear, but only to Salah, who served up a delicious clipped pass that Van Dijk steered home with a controlled volley from close range. 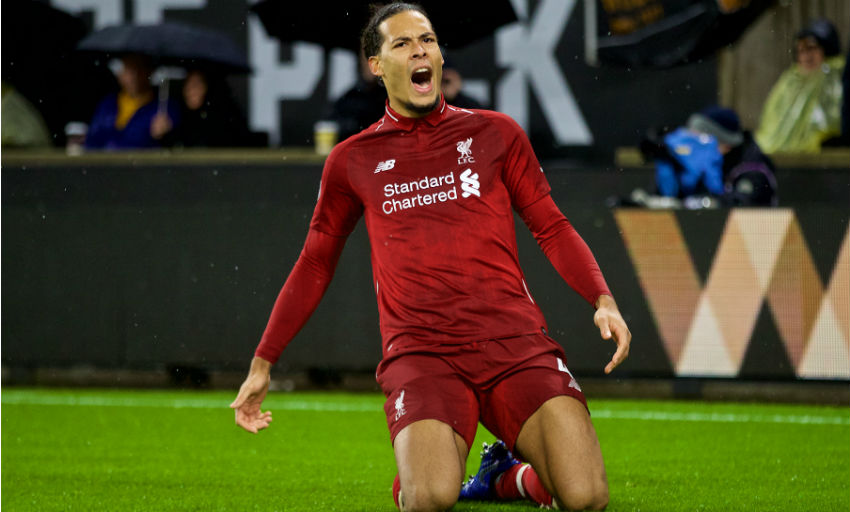 From there, the Reds cruised through the majority of the remainder of the match and would, with a more ruthless edge to their counter-attacks, have scored more.

Wijnaldum shot wide with the last kick of the game - but that mattered little, with another three points secured by Salah and Van Dijk.