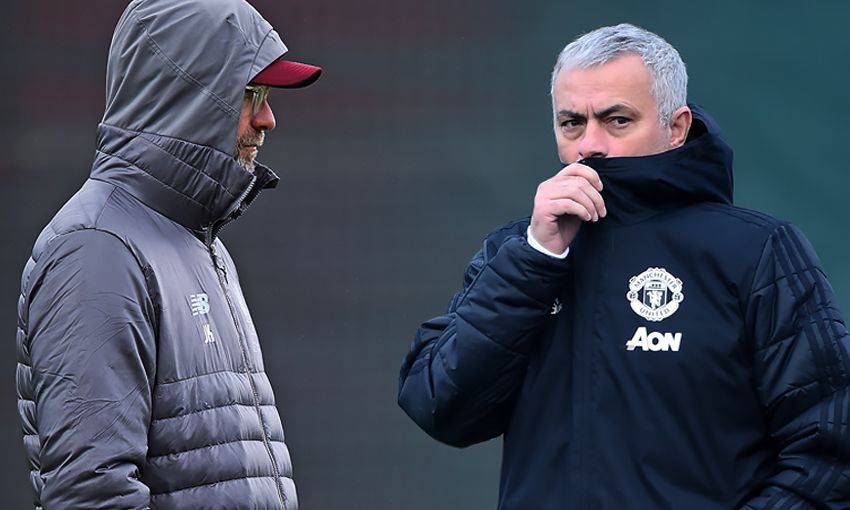 Jürgen Klopp has decisions to make in defence for Liverpool's Premier League meeting with Manchester United on Sunday.

The Reds boss will be forced into at least one change – Joel Matip is ruled out after suffering a fractured collarbone in the closing moments of Tuesday’s Champions League win over Napoli.

Trent Alexander-Arnold is a doubt for the game, too, having sustained a knock in midweek but will be assessed before kick-off against Jose Mourinho’s men.

“We have to see. For him, it is day by day how we judge it,” Klopp said of the No.66 at his pre-match press conference on Friday afternoon.

“It’s not cool but as long as we still have enough players, it is our job to always find a solution for it – and we will have a solution for the weekend, but of course it is not perfect.”

Joe Gomez is also sidelined, of course, but Klopp is hopeful of being able to call upon right-back Nathaniel Clyne this weekend if necessary.

“Clyney was unfortunately injured in the last two or three weeks,” said the boss.

“It was nothing serious but serious enough that he couldn’t be a part of training. Luckily, for four days he is in full training again – so that’s good. Is he ready for 90 minutes? I don’t know. Is he ready? Yes.”

Goalkeeper David de Gea and midfielder Nemanja Matic did not travel to Spain either – where the Red Devils were beaten 2-1 – but by design.

Speaking on Friday, Mourinho revealed those injury concerns may improve for his squad ahead of the 4pm GMT kick-off at Anfield on Sunday.

“I hope that between now and tomorrow’s training session we can have some positive news. But the situation is not easy,” said the Portuguese.

“The latest is to tell you that in Valencia only De Gea and Matic were available to play and didn’t travel by decision.

“Apart from that, the players that didn’t travel were not fit to play in Valencia. All of them had injuries and were not ready. All of them didn’t train yesterday again.

“Today there will be a little – I don’t want to say test – but a little introduction to training to see the answer, to see the adaptation and to see that we can increase a little bit tomorrow to have them available for Sunday.

“It’s better not to say for sure but I hope that some will be... let’s say available. But for sure, some will not be.”