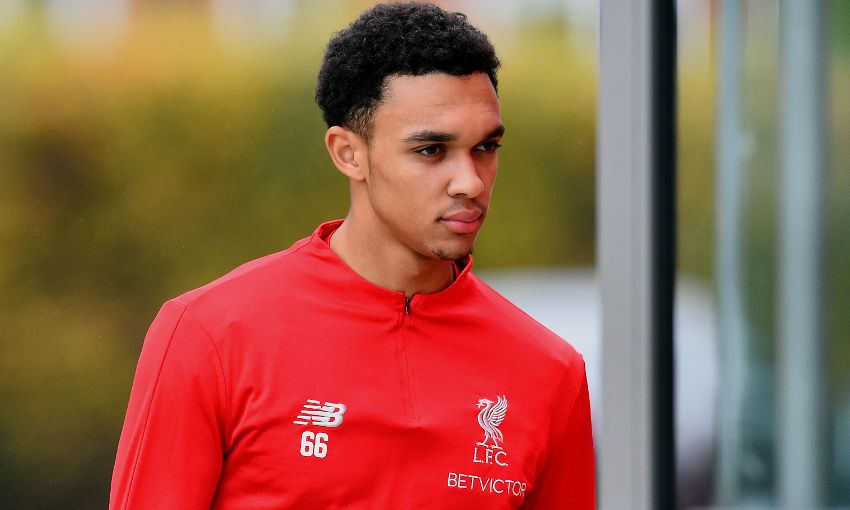 Liverpool are assessing the fitness of Trent Alexander-Arnold ‘day by day’ after he sustained a knock during Tuesday night’s 1-0 win over Napoli, Jürgen Klopp has confirmed.

The full-back was replaced in the closing stages of the victory – which took the Reds into the last 16 of the Champions League – following a challenge and his condition will need to be checked upon ahead of the visit of Manchester United to Anfield on Sunday.

Joel Matip and Joe Gomez are definitely ruled out of the encounter with Jose Mourinho’s men; however, Nathaniel Clyne is set to return following injury.

Asked if he felt Liverpool were facing a 'defensive crisis' due to injuries, Klopp told his pre-match press conference: “It’s our situation. I’m not sure, a crisis is – I think – if you feel it is a crisis. It’s our situation.

“With Trent it’s not as serious as it is with the other two boys, but of course it is absolutely not top-class news, that’s clear.

“It was unlucky as well, especially with Joel; the last second of the game. When you asked me in the press conference I had no idea about it because I had to go doing different stuff pretty much immediately and I didn’t see him on the pitch because I spoke to Carlo [Ancelotti].

“The rehab has already started pretty much, the same for Joe.

“Trent, we have to see. For him, it is day by day how we judge it. It’s not cool but as long as we still have enough players, it is our job to always find a solution for it – and we will have a solution for the weekend, but of course it is not perfect.”

On the return of Clyne, Klopp added: “Clyney was unfortunately injured in the last two or three weeks. It was nothing serious but serious enough that he couldn’t be a part of training. Luckily, for four days he is in full training again – so that’s good.

Clyne has made just one appearance so far this season, while injuries restricted him to a total of five during 2017-18.

Nevertheless, Klopp is confident the 27-year-old – who is one game away from reaching the milestone of 100 for Liverpool – is ready if called upon.

He said: “Clyney is a very experienced player. Is it perfect? No. Is he experienced enough to do it? Yes, 100 per cent. We have other options as well, so we will not push Clyney through now after not the longest spell of training.

“We still have young guns. We have Rafa Camacho, who played outstandingly well in pre-season. Even Curtis Jones played – I think they both played against United [in pre-season].

“But all fine for the moment.”