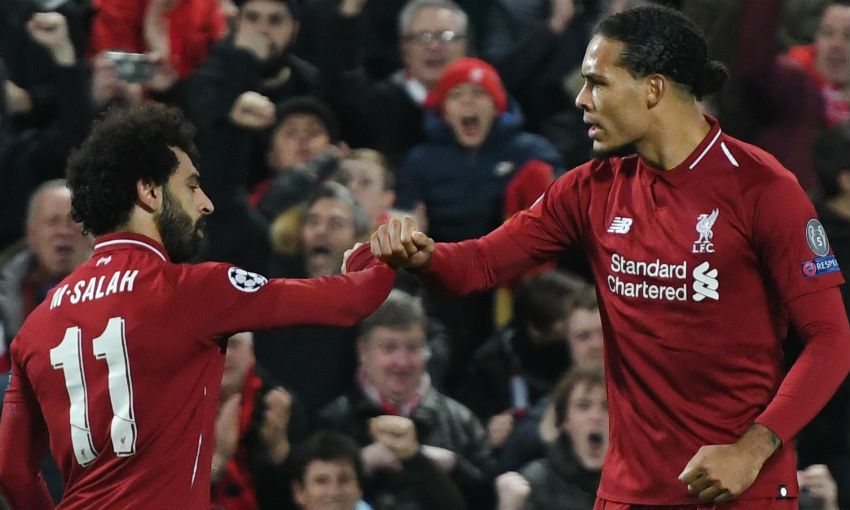 Virgil van Dijk aspires to go one better in the Champions League this season after Liverpool booked their place in the last 16 on Tuesday.

Mohamed Salah’s superb first-half goal proved sufficient for the Reds to claim the 1-0 victory over Napoli at Anfield they required to qualify from Group C.

Last term, Jürgen Klopp’s side made it all the way to the final, of course, where they lost out to Real Madrid.

And Van Dijk - who will miss the first leg of Liverpool’s first knockout tie due to suspension - has set his sights on clearing that last hurdle in the 2018-19 edition of the competition.

“We want to reach the maximum and hopefully do better than we did last year in the Champions League. You need to have dreams, you need to go for it, otherwise why would you be a footballer?

“It’s a great time to be a Liverpool fan or player. It’s tough but enjoy it and embrace it. These are the days you want to experience as a footballer - and we are.”

Liverpool produced an assertive performance to ensure they reached the last 16 at Napoli’s expense, and Van Dijk feels they were full value for their win.

“It was very deserved in the end,” the No.4 continued.

“I think it was a bit of a classic performance. In the Champions League, in the home games we played, we showed our class. We created a lot of big chances, a lot of pressure, a lot of great moments.

“I understood the nerves in the crowd because if they had scored one goal we would have needed to score another two.

“We could have made it a lot easier, we could have scored another two or three with the chances we had. But it was important for us to win our battles and keep it tight and we did that. We got the job done.”