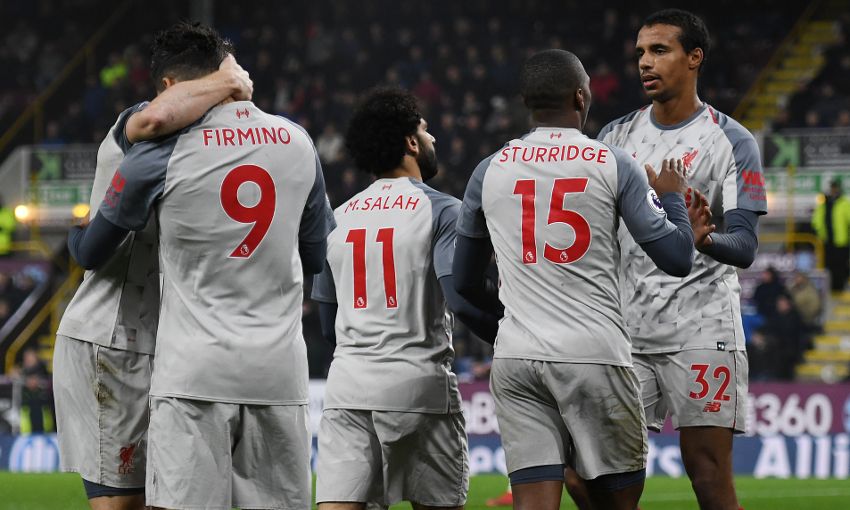 Liverpool extended their unbeaten Premier League streak to 15 matches with a 3-1 comeback victory at Burnley on Wednesday night.

In a classic game of two halves, a dour opening 45 minutes made way for a topsy-turvy second period, with goals from James Milner, substitute Roberto Firmino and Xherdan Shaqiri overturning Jack Cork’s opener.

The Reds therefore reduced Manchester City’s lead at the top of the table back to two points and achieved a new club record for the highest number of points – 39 – accumulated at this stage of a league campaign.

With Sadio Mane and Andy Robertson carrying injuries from the weekend, and Dejan Lovren ruled out following a clash of heads in training, Jürgen Klopp made seven changes to his starting XI.

On a crisp evening at Turf Moor, neither side could find a spark in the game’s earliest stages and a dozen minutes passed before a genuine chance.

That came for Burnley, when a knock over the top turned Liverpool’s defence and found Ashley Barnes with space to exploit and Chris Wood in support to his left.

The natural pass followed but the latter was tackled cleanly by Joel Matip as he tried to turn inside for a shot and the danger quickly evaporated.

Joe Gomez had to produce another timely block soon after, though, with Wood again the man denied before he could pounce on a ball into the area.

The visitors were struggling for rhythm, their 75 per cent share of possession yielding little in the way of attacking incision, and Klopp was forced into a change midway through the half.

Gomez felt the force of a tackle as he made headway down the right flank and could not continue after treatment. On came Trent Alexander-Arnold.

The Clarets did beat Alisson Becker moments before the interval – but Barnes’ excellent whipped finish was dispatched from an offside position. 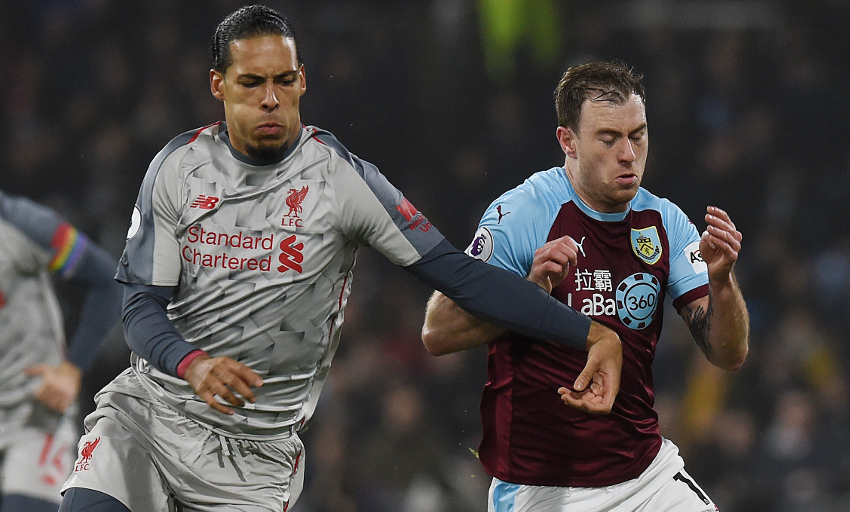 Liverpool started the second half with greater urgency and it was only two minutes old when Sturridge drew a stretching save from Hart with a 20-yard curler.

Burnley’s stopper was soon their saviour again; the impressive Keita surged past a succession of challenges to the edge of the box and saw his rising, left-foot hit pushed onto the post and wide.

It was the home team who broke the deadlock on 54 minutes, however.

From a right-wing corner, Alisson blocked the initial effort at his goal but Barnes caused a scramble with a lunge towards the rebound and Cork eventually converted the loose ball.

They did so via a lovely goal, too – Keita fed Origi inside the area and the striker carefully teed up Milner in the ‘D’, who picked out the bottom right corner with a well-placed shot.

The manager had already prepared a double substitution before the equaliser and he pressed ahead with it after, Firmino and Mohamed Salah replacing Alberto Moreno and Origi.

And Liverpool sealed a rapid turnaround on the scoreboard with 68 on the clock.

Alexander-Arnold’s free-kick to the far post was hooked across the goalmouth by Van Dijk on the stretch and cut out Hart, allowing Firmino to profit from an unguarded net.

The away side could have put the game to bed when Keita and Salah had a series of attempts in and around the Clarets box – with the former’s final effort hacked off the line by Bardsley.

But they finally did. Moments after Alisson thwarted Burnley at one end, Salah set up Shaqiri for an emphatic third goal that guaranteed victory.

And with that, Liverpool maintained pursuit of City with a new club record tally of 39 points at the 15-game mark.