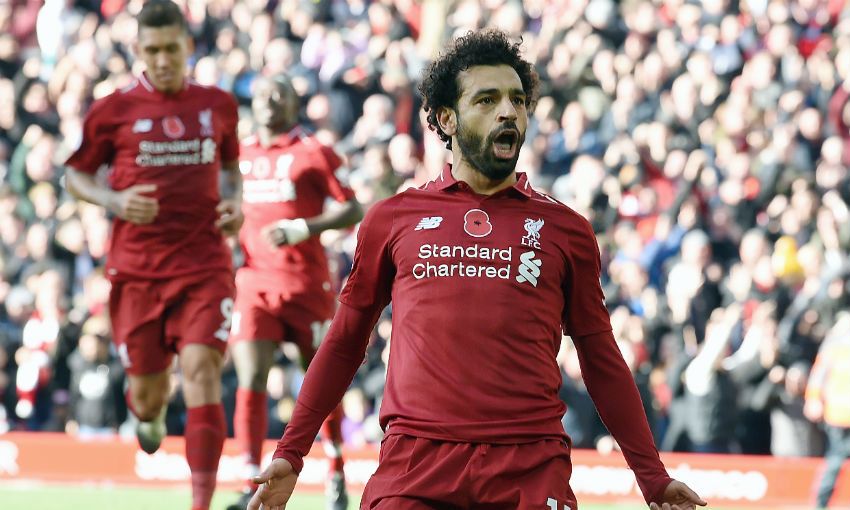 Mohamed Salah and Xherdan Shaqiri struck either side of half-time as Liverpool beat Fulham 2-0 at Anfield.

Patience was the order of the day in a first period that the Reds controlled without reward until four minutes prior to the break, when Salah raced onto Trent Alexander-Arnold’s fine pass down the line and dispatched an ice-cool finish beyond Sergio Rico.

Jürgen Klopp’s side only had to wait eight minutes after the interval to extend their lead through Shaqiri, who expertly volleyed Andy Robertson’s pinpoint, deep cross into the Kop-end net.

Victory took Liverpool, who remain unbeaten after 12 Premier League games this season, top of the table ahead of Chelsea and Manchester City’s matches later on Sunday.

Shaqiri’s return to the starting line-up came as one of four changes to Klopp’s XI.

Joe Gomez, Fabinho and Roberto Firmino also started, while Jordan Henderson and Naby Keita were on the bench following their respective hamstring injuries.

A free-flowing move created Liverpool’s first chance of the afternoon in the fourth minute.

Gomez punched a pass into Alexander-Arnold’s path, enabling the right-back to send a cross into the area. Sadio Mane was the recipient, but the No.10 could only scuff his shot wide.

Mane fractionally over-hit an attempted through ball to Salah after tenaciously regaining possession, before Shaqiri sent a powerful drive from outside the box narrowly wide.

Incisive link-up between Shaqiri, Firmino and Salah then opened Fulham up, but Rico came off his line to foil the Egyptian after he’d deceived Denis Odoi inside the box.

But, following Liverpool’s dominance of the early stages, the visitors could - and perhaps should - have gone in front midway through the half.

Ryan Sessegnon nipped in ahead of Gomez to collect Aleksandar Mitrovic’s knock-down, but subsequently fired wide with only Alisson Becker to beat.

Alisson was required to make his first save of the day when Andre Schurrle tested him from distance, with Virgil van Dijk on hand to mop up the rebound, and Shaqiri mis-hit an attempt wide from Mane’s cut-back.

Liverpool, though, would break the deadlock in the 41st minute.

Quick-thinking from Alisson, who immediately took the free-kick resulting from a disallowed Mitrovic goal, afforded Alexander-Arnold the opportunity to spring Salah in behind the Fulham backline with a perfectly-executed pass.

Salah’s pace and clinical finishing did the rest, as he surged into the area and slotted home his eighth goal of the season just 14 seconds after Mitrovic’s header had been ruled out for offside. 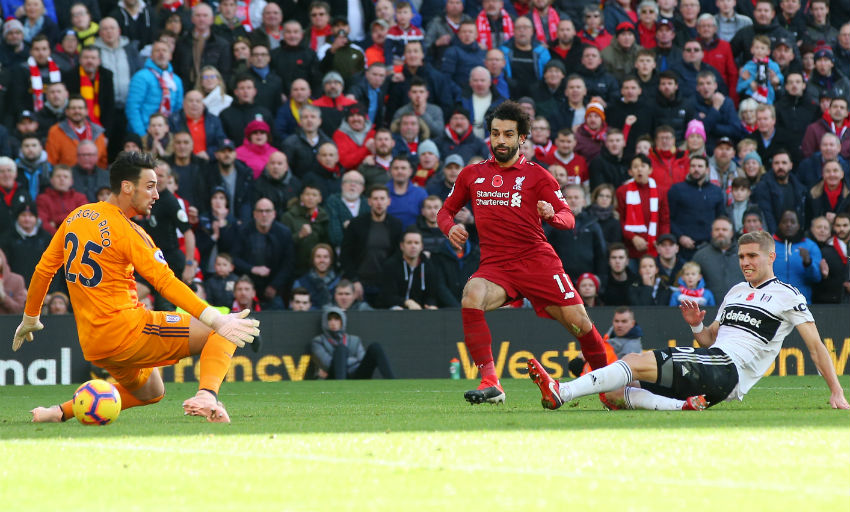 Rico had already produced a superb one-handed save to tip Mane’s long-range effort over before Shaqiri doubled the Reds’ advantage.

Van Dijk and Fabinho did well to keep the ball alive following a corner, allowing Robertson to arc in an inch-perfect cross to the back post.

There, Shaqiri was free to coolly side-foot a volley back across the goalkeeper and into the bottom corner.

Robertson himself tested Rico when Firmino rewarded the left-back’s burst forward with an inviting pass, and warm applause greeted Henderson’s return as the captain replaced Georginio Wijnaldum with a little over 20 minutes remaining.

Keita then made his own comeback from injury in stoppage-time of a game Liverpool ultimately won comfortably.