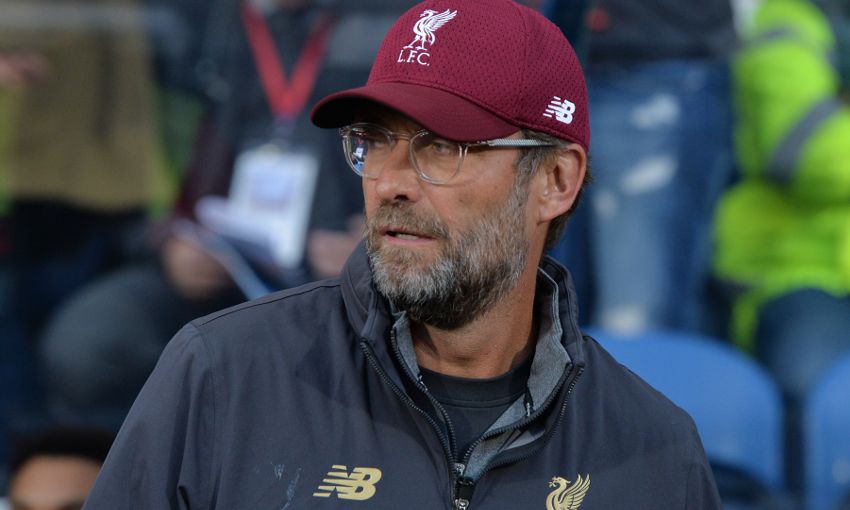 Liverpool's tally of 23 points after nine games is the best start Jürgen Klopp can remember but the manager has no doubt there is plenty more to come from his team.

The Reds edged past Huddersfield Town 1-0 courtesy of Mohamed Salah’s 24th-minute finish across Jonas Lossl – their seventh win of the Premier League season.

Only Manchester City can match their points haul so far, while Liverpool have never before conceded as few as three goals in their opening nine league matches of a campaign.

But for all Klopp’s satisfaction with the result at John Smith’s Stadium, he explained why there are areas for improvement and they will be worked on immediately.

Read his post-match assessment below.

On the result and Liverpool’s performance…

It could have been better. How it always is in football, if you don’t play your best there are different reasons for it, the main reason today was that Huddersfield did well. They defended well, very aggressive around the second balls and it’s really difficult to get into a game if the ball is that often in the air and stuff like that. We could have done better, but actually I thought we did a few things really well and were really close to having big chances at the start of the game. When Alisson had the ball and we could play the long ball, stretch the formation by coming in between, it was so close that we would have been clean through. But we didn’t do it and Huddersfield defended that well. Then we scored the goal, we had opportunities, but then Huddersfield came back into the game – I think it started with a corner and then the atmosphere was really there, the crowd was there. It is not too comfortable.

We want to decide games earlier, but if we don’t do it then it is always clear you have to fight until the final whistle and that’s what we had to do tonight. During the whole second half pretty much, we had always counter-attacks that we didn’t play until the end. I think there was one situation with Bobby, Mo and Daniel Sturridge; Mo wanted to pass to Bobby, which was a good idea, but unfortunately [there was] one foot in between. We can do things like that better and then we decide a game. It was tight until the end and I can imagine not only David [Wagner] but people in Huddersfield think there was more in that game, but we cannot give the points back, so we take them. I saw a very good Huddersfield side, an outstanding atmosphere in that situation which is really exceptional. After that awful fixture list they’ve had so far, now they can start a proper season.

Watch: Highlights of the win at Huddersfield

Yes, it was nice. Shaq did well – a good pass, good movement. Shaq had two games [for Switzerland] in the last week after not playing regularly for us. The Brazilians came back on Thursday, Bobby played 90 minutes so it was clear maybe we should not do it this time. It was then clear that Daniel will start, not too many starts this season, so that’s not perfect. Adam Lallana after a long period coming back because Sadio was not there and Naby was not there. We had a few problems; I don’t want to say we had the biggest problems in the world, but we had a few. We tried to find solutions for that, we did. Shaq did really well and Mo scored the goal, it was a nice run and a nice finish so that’s all good. We had other good moments in the game, but unfortunately we didn’t use them. That’s why it will not be historically remembered! The basis we’ve created so far is brilliant – 23 points, I don’t think I’ve ever had that after nine games, so that’s good. And there’s still space for improvement, so that’s good as well. Let’s get home and start working on what we can improve. 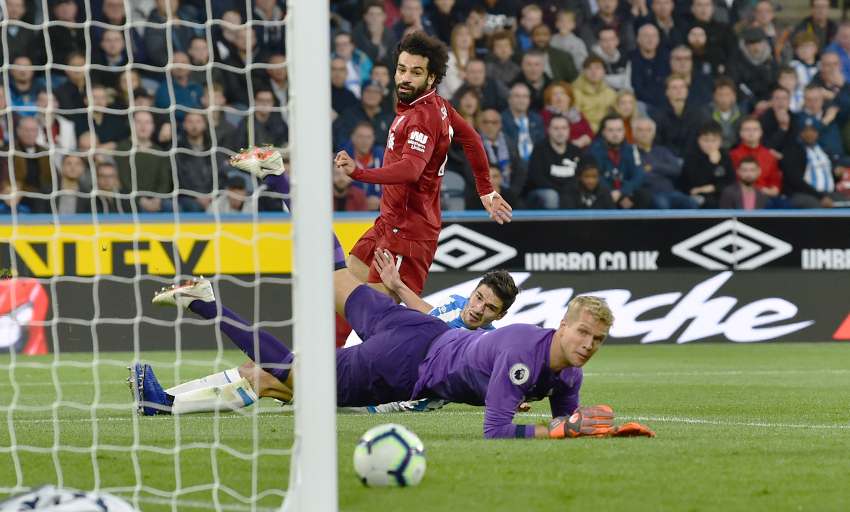 We had to improve and that’s what we did. But we don’t want to use the post to defend, to be honest! If it happens then you take it, but it’s not defending – it’s lucky. With the handball, maybe another penalty. You need luck to have only conceded three goals. Maybe City don’t need luck, I don’t know, but we sometimes obviously need it. Still, we will get more confidence from it [the clean sheet] and belief in what we can do there. If you are a team that is not easy to beat, it makes it a little bit easier to win. That’s what we try to create, that’s where we are now, so let’s keep on going.

There’s always a different reason. We have already played really good games, only in a different way. People compare us with games we won 6-0; the opponents in the last period there was no opponent involved where we could have won 6-0 – not even a chance to do so. We played Tottenham, Chelsea, Napoli, City and all that stuff. People think, ‘Where is the football?’ Yes, in a specific moment last season we won against City at the end of the season really high. Both teams were on fire, open for everything pretty much, so that’s different. Now, all the teams are creating chances.

Our fixture list didn’t give [anything] to us, how I saw it. We had to work pretty hard and we did today again. It really wasn’t a thankful job to do because Huddersfield are much better than it looks in the table and after the international break you have to make the analysis, which is a bit longer than usual because you have more information – [the players] come back and you have to bring them all on one level. And then you speak so positively about Huddersfield, which I had to. If I was a player and didn’t watch them for the last five weeks, I would think ‘Are we talking about Barcelona?’ That’s the challenge, to give the right information. After that game, everybody knows how good they are and how good they will be in the future.

On whether winning such games is the basis for success…

It is maybe the first period in my life that we win kind of average matches. That’s true. We cannot write a book tonight about how to win trophies. There is only one way: to win football games. For that, there are different ways to do so. To be honest, sometimes I prefer the spectacular way, but I take it today completely and I understand why it was like it was. I really understand it, when I look in the dressing room before the game or after they came back; the time difference and stuff like that, nobody asks. You have to go and you have to go. That’s why I was a bit more animated today on the touchline – because if you are tired, you at least need to be afraid of your manager!