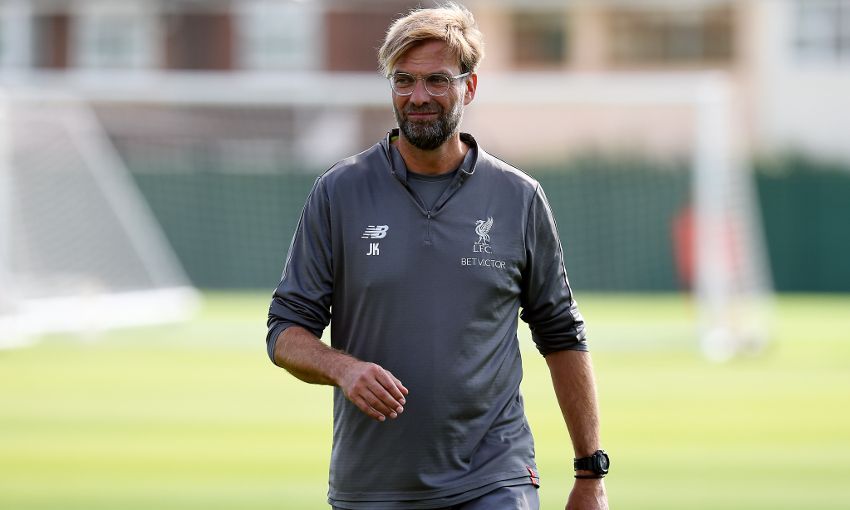 Jürgen Klopp is confident Liverpool will be a 'big challenge' for any team in Europe after being handed a difficult line-up in Champions League Group C.

The Reds were paired with Paris Saint-Germain, Napoli and Red Star Belgrade in Thursday evening’s draw in Monaco, with the first round of fixtures set to be played in mid-September.

Seconds after the draw was concluded, the manager spoke to Liverpoolfc.com to offer his immediate thoughts on it…

Jürgen, what’s your reaction to the draw?

To be 100 per cent honest, it was not that I had a group I wished for or whatever. I expected a difficult group, we have a difficult group and that’s what the Champions League is all about.

PSG are one of the most exciting teams in the world and I think their target is to win the Champions League, so that will be two interesting matches. Napoli, we beat them in pre-season but it goes without saying these two games will be completely a different challenge.

I’ve been to Napoli with Dortmund, so I know what the atmosphere is like there. In fact, it’s where I got a suspension [for being sent off]. I can do better, obviously! Red Star, I watched them last night. They came through and it will be, again, a very, very intense atmosphere I am sure.

But that’s how it is, it’s the group and I am fine with that. Now let’s go.

With the quality of the tournament, it was always likely we’d get a really tough draw on paper…

That’s how it is. No problem. The Champions League is the biggest club competition in the world, so it should be difficult because it is. We cannot expect to get an ‘easy’ group or whatever.

It’s important and interesting to watch the draw, but in the end you have absolutely no influence on it. Now we can start having influence because now we can prepare for the games and look at their games.

I am looking forward to watching PSG a bit more often, which is a very interesting project for sure over in France with Thomas Tuchel. Facing Neymar will be, for our Brazilian guys, like meeting a friend again and all that stuff. It’s a big challenge, but for all the others it is a big challenge to face us.

As you mention, it’s probably fair to say no-one was looking at pot three and thinking ‘We want Liverpool’…

For sure, when you have already a group with Paris Saint-Germain and Napoli – two absolutely top teams – then you don’t want to have Liverpool as the third team!

And we proved ourselves in the competition last season…