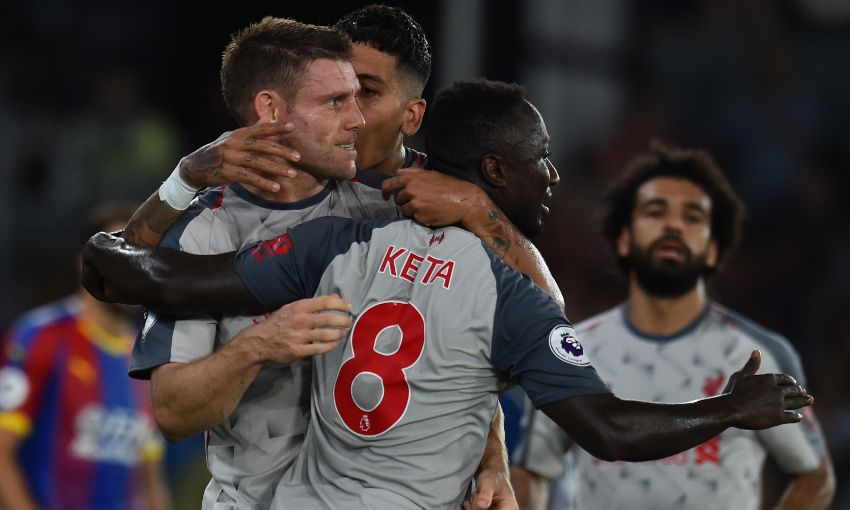 Goals in stoppage time at the end of each half by James Milner and Sadio Mane earned Liverpool a 2-0 victory at Crystal Palace on Monday night.

Milner opened the scoring with a penalty just before the break after Mohamed Salah was fouled while attempting to wriggle away from Mamadou Sakho.

And Mane wrapped the three points up in the 93rd minute, the No.10 racing onto Salah’s pass and rounding Wayne Hennessey after the Reds had absorbed a late flurry from Palace - who had seen Aaron Wan-Bissaka sent off with a quarter of an hour left for tripping the Egyptian as he bore down on goal.

The hosts went close to opening the scoring when Andros Townsend struck the crossbar with a long-range effort, and Alisson Becker was forced to tip Luka Milivojevic’s free-kick wide as they pressed for an equaliser before Wan-Bissaka’s dismissal.

Liverpool, though, displayed the majority of the attacking intent throughout the game and were good value for their second successive win at the start of the season amid a typically-boisterous atmosphere at Selhurst Park. 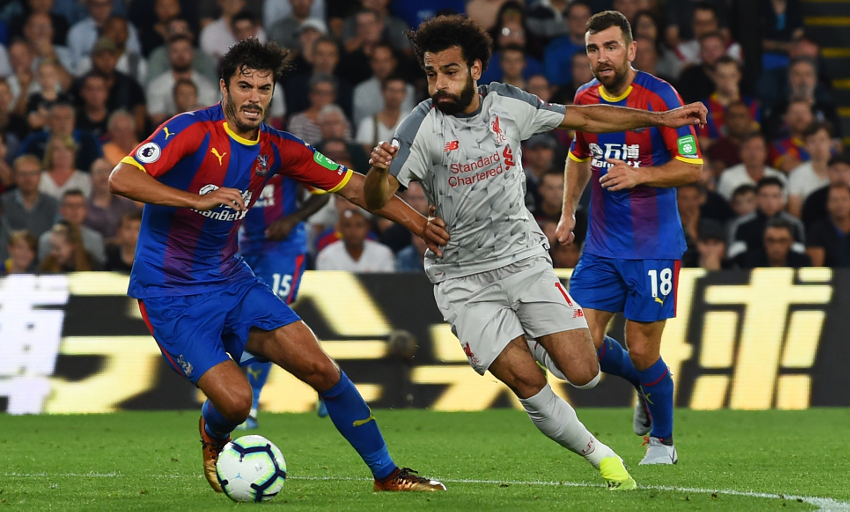 Jürgen Klopp opted to field an unchanged starting line-up from the opening-day win over West Ham United, with Joel Matip and Simon Mignolet returning to the matchday squad as substitutes.

Watch: Highlights of the 2-0 victory

It took just three minutes for Salah to get a first sight of Hennessey’s goal. The No.11 was found by Naby Keita’s pass from deep, but the attentions of Sakho and Patrick van Aanholt meant he was unable to force the ‘keeper into a save.

Liverpool adopted a patient approach in the early stages, content to probe through circulating the ball as Palace sat deep.

The hosts were opened up midway through the half thanks to a piece of individual brilliance from Keita who, all in one movement, collected Alisson’s pass in the left-back area and turned nimbly away from Townsend.

He then fed Salah, only for the forward’s attempted lob over the onrushing Hennessey to clear the crossbar.

Palace, though, went even closer to opening the scoring soon after, when Townsend’s long-range curler cannoned back off the bar after Keita had ceded possession.

Keita and Andy Robertson were next to have attempts on goal - Hennessey saving from the former, before the latter sliced Salah’s hooked cross over.

Roy Hodgson’s team enjoyed their best spell of the half thereafter, but the Reds went in ahead as Milner coolly converted the resulting spot-kick after Salah had been felled by Sakho in the area. 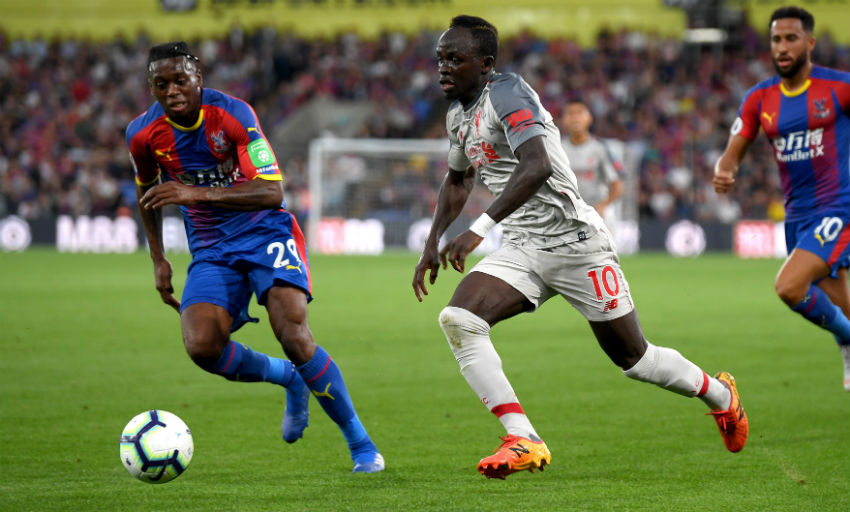 Liverpool’s advantage could have been doubled in the early stages of the second period, too.

Alisson began a dangerous counter that ended with Salah pulling the ball back to Keita, who dragged wide from 18 yards.

Milivojevic’s free-kick was palmed away by Alisson at the other end as the home fans cranked up the volume - and the Reds’ goalkeeper was on hand once again to gather Wilfried Zaha’s attempt after the Palace forward worked an opening for himself in the box.

That was to be the hosts’ final foray forward with 11 men on the pitch, however.

Salah produced a magnificent first touch on the halfway line to set himself free on goal from Roberto Firmino’s pass, but was then brought down by Wan-Bissaka as he closed in on Hennessey, leading to the youngster’s dismissal.

Liverpool immediately set about making their numerical advantage count on the scoreboard, with Keita and Salah being denied by Hennessey.

And they did so in injury time, when Salah slipped in Mane on the break and the Senegalese surged past Hennessey before slotting his third goal of the campaign into an empty net.