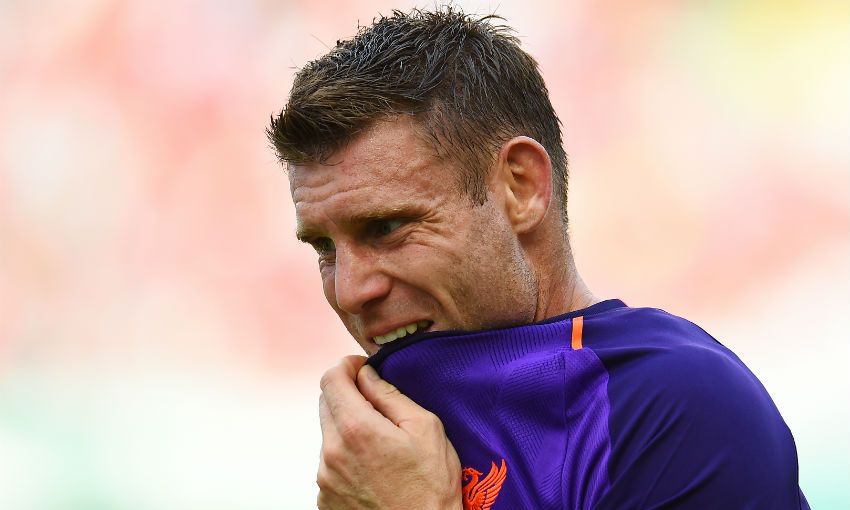 The No.7, who scored the Reds’ opening goal at the Aviva Stadium, left the field early in the second half following a collision with Mario Rui.

And Jürgen Klopp confirmed Milner had had 15 stitches when speaking to Liverpoolfc.com in the tunnel post-match.

“I knew that he would get stitches because we saw it on the pitch. He’s in the dressing room so I have to see him first before I can say more,” the boss said.

“That’s obviously the big shadow over that game.”