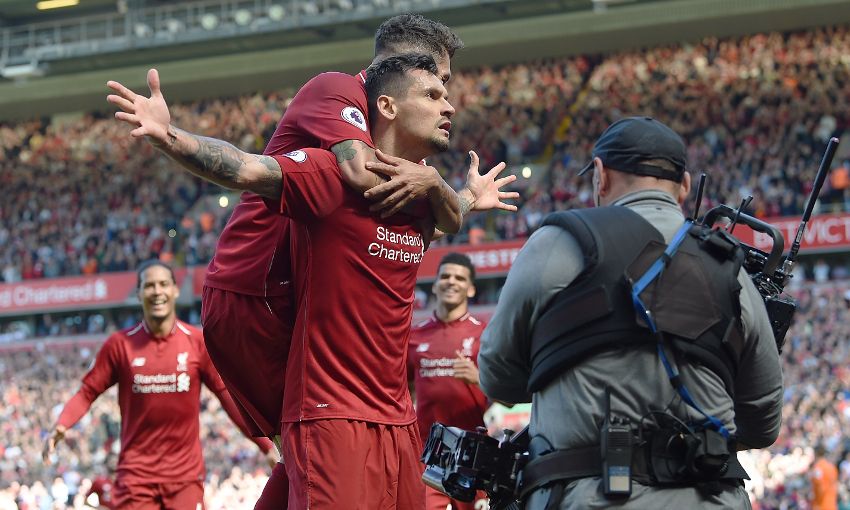 A comprehensive 4-0 win over Brighton and Hove Albion secured a top-four finish for Liverpool on the final day of the Premier League season.

The Reds went into Sunday’s match at Anfield knowing that a draw would be sufficient to guarantee Champions League qualification, but an impressive display ensured they rounded off their domestic commitments in 2017-18 in style.

Mohamed Salah’s 32nd top-flight goal of the campaign - a new record for a 38-game season - put Jürgen Klopp’s side in front midway through the first half, and Dejan Lovren’s powerful header made it two before the break.

Dominic Solanke and Andy Robertson both scored their first goals for the club - the former’s an emphatic finish that rattled in off the crossbar, the latter’s a controlled half-volley five minutes from time - in the second half, as Liverpool cemented fourth place in comfort. 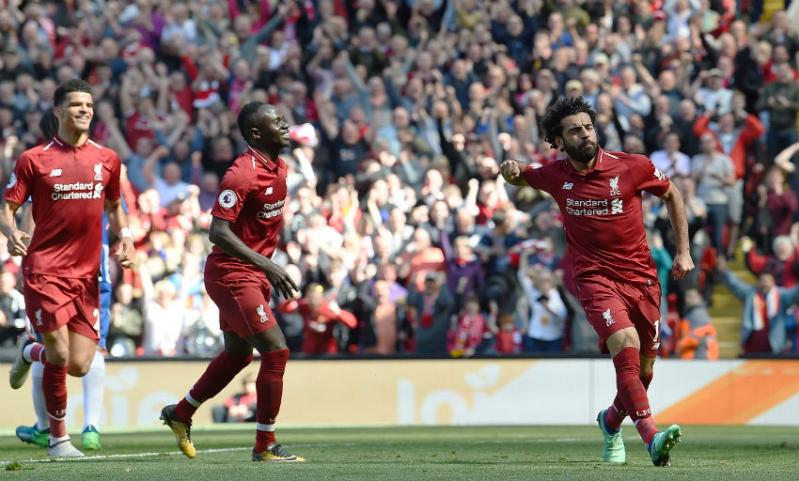 Solanke and Jordan Henderson started as Jürgen Klopp made two changes to his line-up, while Lallana was back on the bench.

A muscle issue caused James Milner to miss out as a precautionary measure.

The Reds made their attacking intent clear from the first whistle, with Sadio Mane’s raiding run down the left earning a corner inside the opening 20 seconds.

With the home crowd enlivened by those decisions, Liverpool upped the tempo and created two chances to open the scoring before the 20-minute mark.

The deadlock did not remain unbroken for much longer, though. 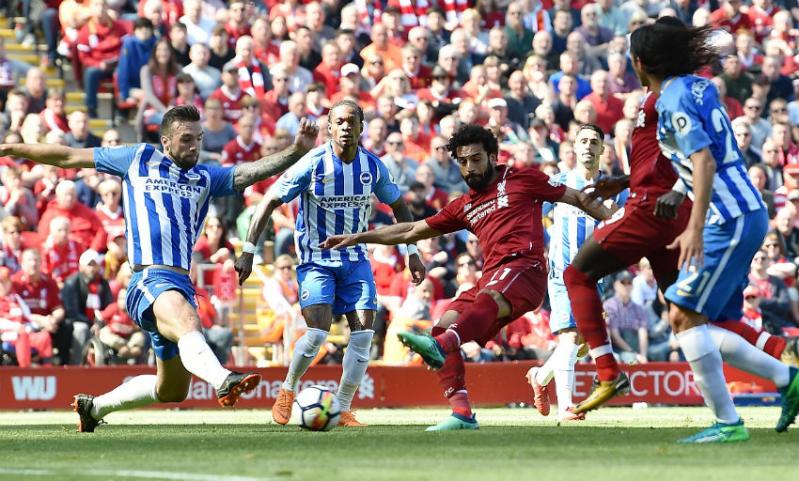 Solanke’s deft flick around the corner - made possible by a burst through the centre by Alexander-Arnold - was seized upon by Salah, who sent an unerring left-footed effort into Ryan’s bottom corner from around 12 yards.

Immediately, the hosts went in search of a second.

And, after Mane, Georginio Wijnaldum and Roberto Firmino had spurned presentable opportunities, Lovren made sure their first-half dominance was rewarded with a two-goal lead at the break.

Robertson swung in an inviting delivery after Salah’s corner had been cleared, which was met by a thumping header from Liverpool’s No.6. 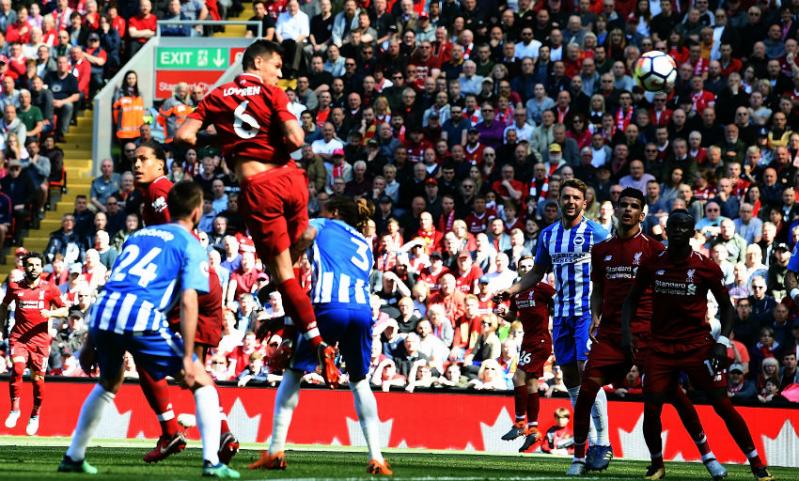 There was no let-up in intensity from Klopp’s team in the early stages of the second period, with Firmino and Van Dijk each forcing Ryan into action prior to Solanke slamming home his first goal for the Reds in the 53rd minute.

Henderson began an incisive breakaway with a sharp, vertical pass that Firmino nudged on to Salah.

The No.11 duly skipped away from a couple of challenges and played Solanke in down the inside-right channel, enabling the striker to fire an unstoppable shot in off the woodwork.

With the damage done and one eye seemingly on the upcoming Champions League final, Klopp took Mane, Salah and Firmino off and gave Lallana the chance to get some match time ahead of the meeting with Real Madrid.

But there was still time for Robertson to notch the maiden goal of his Anfield career as the Reds signed off for Kiev in fine fashion.