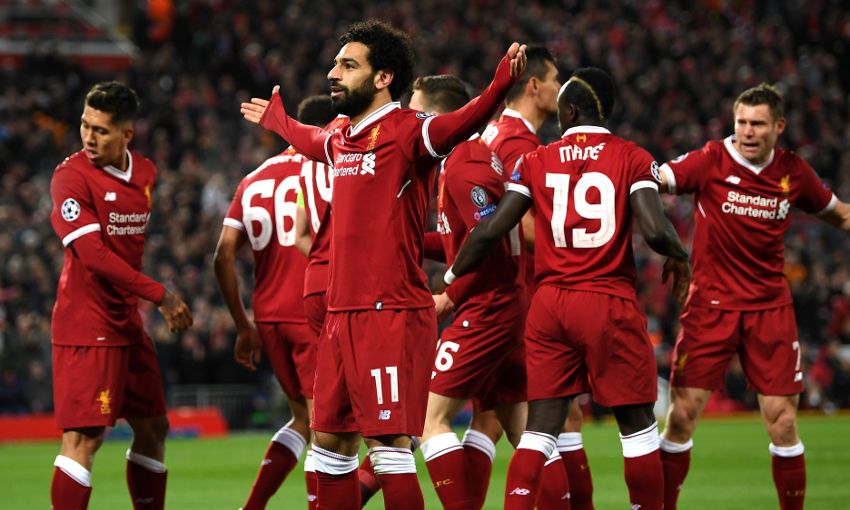 Liverpool's bold approach to the Champions League this season has contributed to a more attacking emphasis in the competition's decisive rounds.

That is the belief of former Reds defender Mark Lawrenson, who cites the exploits of Jürgen Klopp’s team – scorers of 40 goals in the tournament proper – as a factor in other sides being braver and adopting adventurous tactics during the knockout stages.

Liverpool ran away with their Round of 16 tie after winning 5-0 at FC Porto in the first match, for example, before comprehensively beating Premier League champions Manchester City home and away.

A record-equalling semi-final with AS Roma produced 13 goals across two legs – the joint-most in a Champions League knockout tie – as Klopp’s men marched through to a final clash in Kiev against holders Real Madrid.

“Our attacking play has been absolutely brilliant, we have blown teams away. We’ve had our defensive deficiencies – such is life,” Lawrenson told Liverpoolfc.com.

“But I think the Champions League has changed football in the last three months. If you look at the quarter-finals and semis, the number of goals that teams have scored is absolutely amazing. It’s almost like: ‘You score four, we’ll score five.’ That’s the way we’ve been playing.

“I really do think in the last two or three months it has completely changed, due in large part to Manchester City, to Barcelona, to Real Madrid and definitely to us.”

The Reds’ Champions League run began in the qualifying play-off last August and they had navigated the entire competition without defeat until two late goals in Rome consigned them to a 4-2 loss on the night.

It has been a remarkable return to Europe’s elite stage for Klopp and his players – but Lawrenson suspects the manager sensed such an opportunity long before it became a reality.

“I’ll tell you something, I think the manager has always thought we were going to make the final, because if you look at the teams he has picked all along the way – apart from Porto at home, when we were 5-0 up – he has picked the strongest team. I think he has been totally convinced all along.”