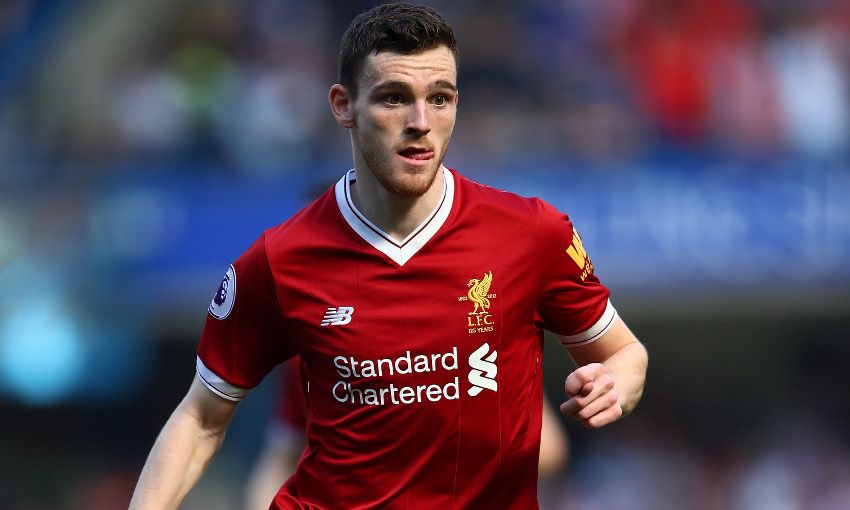 The possibility of Liverpool's bid to secure a top-four finish going to the last day of the Premier League season means the players are preparing to contest back-to-back cup finals, according to Andy Robertson.

After suffering a 1-0 defeat to Chelsea at Stamford Bridge on Sunday, the Reds face the threat of being leapfrogged by the recently deposed champions when the 2017-18 campaign comes to a close this weekend.

If Antonio Conte's men beat Huddersfield Town at home in midweek, they would face Newcastle United away on Sunday needing to better Liverpool's result against Brighton and Hove Albion at Anfield to seal qualification for Europe's top cup competition.

But, while the final of this season's Champions League against Real Madrid is fast approaching for Robertson and co, the Scot's focus is firmly on eliminating the possibility of missing out on next year's edition by beating Brighton.

"Effectively, we have got two cup finals now," he told the Liverpool Echo.

"We can't think about Kiev. We know the media and the fans will be focused on that but for us it's all about Brighton.

"We know that if we win our final game we will be in the top four, regardless of how the other results go.

"It's going to be a massive game. Getting in the top four has been our main objective since the start of the season.

"We need to tick that off by beating Brighton. All our work this week will be going towards achieving that."

LFCTV GO: Relive the Reds' 5-1 away win over Brighton

With their recent European exploits making for a difficult balancing act, Liverpool have picked up just two points from their last three Premier League outings.

Although Robertson admitted his disappointment at that poor run of results, the defender expects a seven-day gap between fixtures to pay dividends when Brighton visit Merseyside on Sunday.

"We've got a full week building up to Brighton which we haven't had for a while. That can only benefit us," he added.

"We would have liked to have got the job done before the final weekend of the season. Recent league results haven't been good enough.

"But we've got to put that behind us now. Everyone is fighting for places and all the lads are training hard.

"We will be ready to go. We want to get those three points to secure the top four. We need a big push and we need everyone behind us for that."