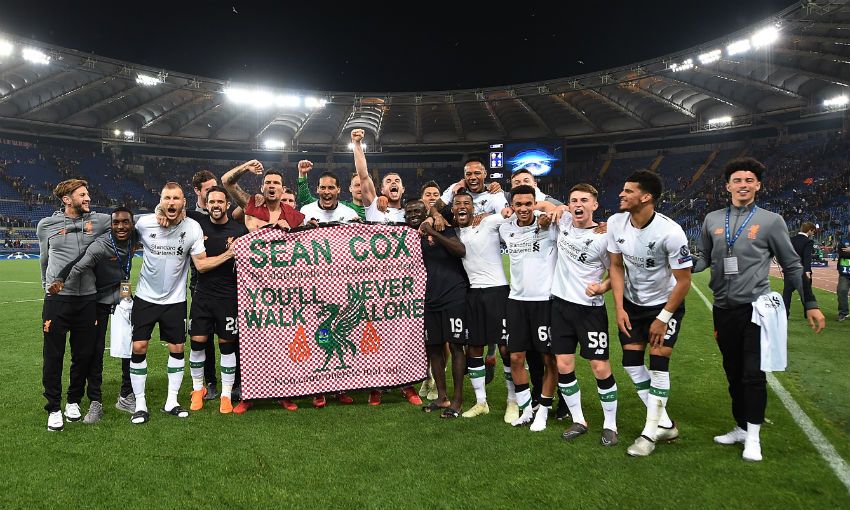 Liverpool's victorious players showed their support for Sean Cox after qualifying for the Champions League final.

The Reds were defeated 4-2 by AS Roma on the night at Stadio Olimpico, but advanced to the showpiece in Kiev 7-6 on aggregate thanks to their 5-2 win in last week's first leg.

A banner reading 'Sean Cox - You'll Never Walk Alone' was visible at the front of the away end throughout the game and, as the photo above shows, Jürgen Klopp's squad borrowed it at full-time in solidarity with the Liverpool fan who was attacked prior to last Tuesday's match at Anfield.