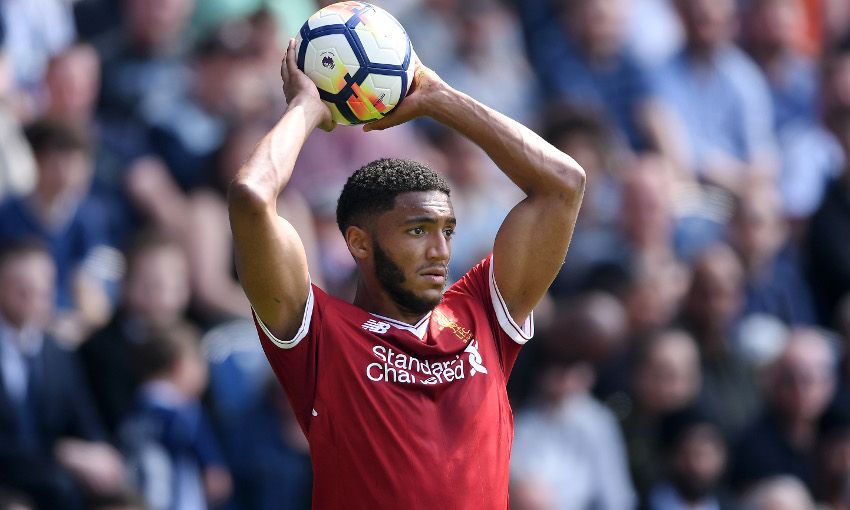 Liverpool will be without Joe Gomez for the second leg of their Champions League semi-final with AS Roma on Wednesday night, but otherwise are in good shape for the encounter in Italy.

Gomez sustained a knock in the early stages of Saturday’s 0-0 draw with Stoke City at Anfield and, although he could complete the game, subsequent diagnosis from the medical department ruled him out of making the journey from John Lennon Airport this afternoon.

However, the Reds are boosted by the news that Jordan Henderson and Trent Alexander-Arnold are likely to be involved in full training at the Stadio Olimpico on Tuesday night and, therefore, are available for the decisive encounter with Eusebio Di Francesco’s side.

Elsewhere, Sadio Mane will return and Alberto Moreno is also set to shrug off a knock to be in contention, though long-term absentees Joel Matip, Alex Oxlade-Chamberlain and Emre Can remain on the sidelines.

Klopp told Liverpoolfc.com onboard the team flight to Italy: “Apart from the long-term injuries, only Joe is not here.

“He had a little bit of a setback in the early stages of the last game. He came through somehow, to be honest, but after the game the injury was still there so we’ve left him at home.

“It’s only a little setback for Joe, but we have to see how long he will be out for. I don’t know at the moment.

“Apart from that, I think we are pretty complete. We have 20 players plus three goalkeepers, but a lot of kids are involved and Adam Lallana is here, too.

“[Henderson and Alexander-Arnold] have had a two-day recovery and today will train normally. Alberto got a little bit of a knock. We will see, but it looks like he can train tonight. The rest should be available.”