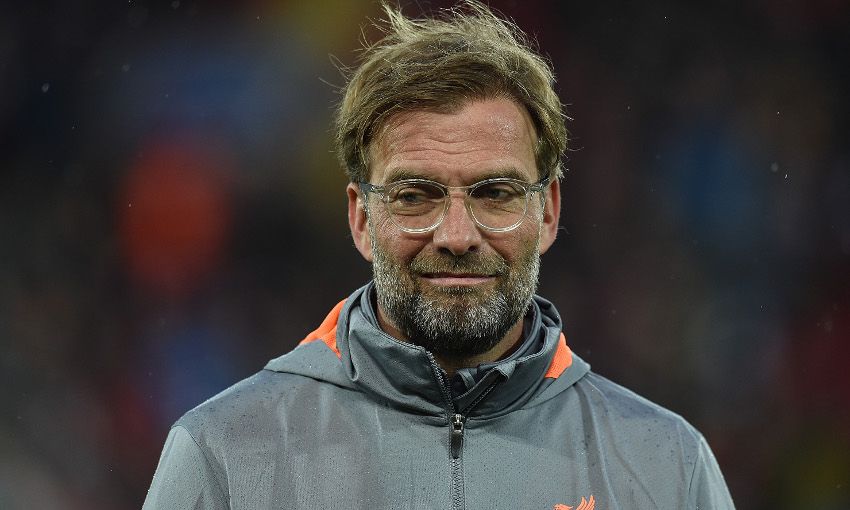 Liverpool boss Jürgen Klopp could barely hide his excitement as he looked forward to another pivotal week of a season that has already had its fair share of memorable moments.

The Reds have the chance to secure a place in the Champions League final on Wednesday when they face AS Roma in the second leg of the sides' semi-final tie at Stadio Olimpico.

And following that trip to Italy is a meeting with Chelsea at Stamford Bridge that could see qualification for Europe's premier cup competition confirmed for next season.

Klopp's men warmed up for those two fixtures with a frustrating home stalemate against Stoke City on Saturday but, speaking after the match, the manager remained upbeat as he looked ahead to two huge tests.

He told Liverpoolfc.com: "Again, two massive games - what a season!

"You play the whole season - I said it a few times - we created a basis and now we have to finish it. There are a few things to do.

"You work for that the whole season, it's really exciting.

"We have to recover, we will do that. I really think and hope nothing else happened [in terms of injuries].

"Let's play the next game, try to make the best of it, then we'll see."