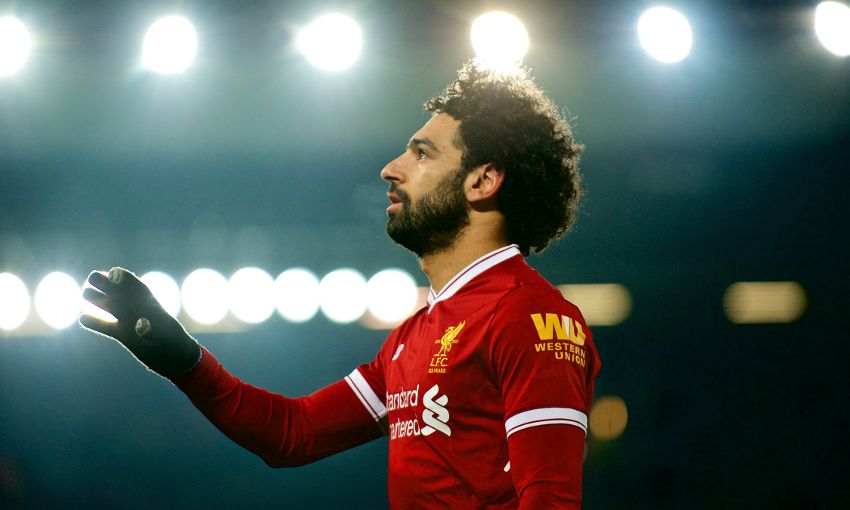 How do you begin to analyse the sublime, sensational, stat-busting season of Mohamed Salah? Guest writer Andrew Beasley has taken up the challenge, diving into the numbers behind a debut campaign that will go down in history...

From Sam Raybould, who bagged 120 league goals in the early 20th century, through Harry Chambers and Gordon Hodgson in the 1920s and 1930s, and then onto Billy ‘Liddellpool’ Liddell in the 1950s, top goalscorers are nothing new at Anfield. And that’s before you get to the likes of Hunt, Keegan, Dalglish, Rush, Fowler, Owen, Torres and Suarez.

But has there ever been anyone who has had the same immediate impact as Mohamed Salah?

The record books suggest there hasn’t. Liverpool have had 447 different scorers to date, and Salah is already into the top 70 in under a year. To put his feats into more recent context, only 12 players have scored more Premier League goals for the club than he has.

The landmarks, benchmarks and achievements have been racking up for Salah since he first pulled on the famous red shirt. He became the 17th Red in the last quarter of a century to score on his debut, when he turned home Roberto Firmino’s lob at Watford. He then found the net in his maiden home European appearance (which was also his first start at Anfield), and in his first Champions League group-stage match too.

In November, he came off the bench to score two goals in a 3-0 win at Stoke City. In doing so, he became just the fifth Liverpool substitute to score a brace in a Premier League match and just the second to do so on the road.

Salah was also voted the Premier League’s Player of the Month for the first time in November, thanks to his seven goals in four league matches. He has since won it twice more to become the first player from any club to scoop the award three times in one season.

The former AS Roma man later scored twice in his final match of 2017, as Liverpool came from behind to beat Leicester City at Anfield. He signed off for the year with 23 goals for the Reds up to that point, and while calendar year stats aren’t to everyone’s taste, a Liverpool player has only scored more in a year 47 times. That’s not bad going for only being at the club from August onwards.

One of the many remarkable aspects of Salah’s goalscoring record is his consistency. He has scored in 31 of his 45 appearances for Liverpool to date, and has only had one run of more than one start without a goal. The Egyptian may only have one hat-trick so far, but he certainly secured it in style.

He actually went one better, by scoring four goals in a match against Watford at Anfield. The poor Hornets were stung into submission by a dazzling display from Salah. He bagged the first Liverpool league hat-trick of the Jürgen Klopp era, and became just the fourth different player to net four times in a Premier League fixture for the Reds.

That match also marked the point at which Liverpool’s No.11 went past Fernando Torres’ tally of 33 goals in 2007-08. This was significant as it meant Salah had recorded the highest-scoring debut season in the club’s history. To have achieved that at all would have been remarkable, but to have done so in mid-March in what was just his 41st appearance is simply phenomenal.

Salah has tormented pretty much everybody in the Premier League. He has scored seven league goals in matches among the top six this season, which is the most of any player, and only one fewer than Chelsea and two fewer than Arsenal. Throw in his two assists, and his goal contribution in big matches has been greater than last season’s champions have managed.

The goals have flowed in Europe too. Arguably the high points so far in a campaign full of them were Salah’s goals both home and away against Manchester City in the Champions League quarter-final. He now has nine in the competition (including the qualifying round) and only four players have scored more for the club since the former European Cup was rebranded. 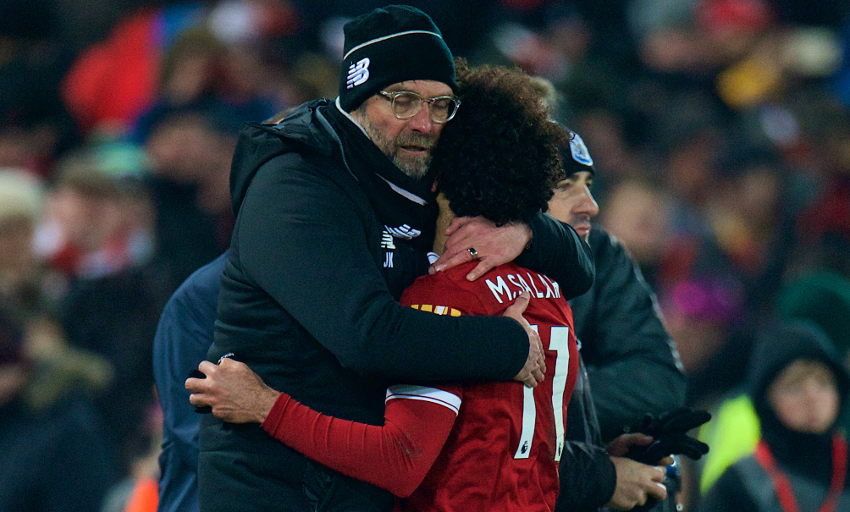 But how has Salah become just the third man to hit the 40-goal mark in a season for Liverpool? There are obviously numerous factors, but one is undoubtedly the creativity of his teammates, as the man himself has regularly acknowledged.

Twelve different players have assisted a goal for Salah this season, with Trent Alexander-Arnold the most recent, against Bournemouth, and Firmino and Sadio Mane the most frequent, with six assists each. However, he has also picked up 11 unassisted goals, thanks to his pace, positioning, movement and pressing.

He scored against Hoffenheim and FC Porto after collecting shots which had rebounded off the post. He netted against Sevilla, Arsenal and Stoke after winning the ball from their players. He profited from a poor clearance by Ederson by sending the ball back over his head and into the unguarded Anfield Road net.

Getting the chances is one thing, but they still need putting away. When it comes to testing opposition goalkeepers, Salah is one of the continent’s sharpest shooters.

There are 13 players who have had at least 100 shots in one of Europe’s big five leagues this season. Liverpool’s 40-goal marvel has put 49.2 per cent of his on target, which is the second-best accuracy rate among these players. Ciro Immobile is the only man ahead of Salah, and even then it’s by less than one per cent.

When looking at Salah’s career, this is one aspect of his game which has improved year after year. From putting 35.5 per cent of his shots on target in league and Europe in 2013-14 and 2014-15, his figure rose to 40 per cent in his first year with Roma, then 44.7 per cent last season.

With his excellent Champions League performances factored in, ‘the Egyptian king’ has put 50 per cent of his shots on target for Liverpool. His figures can’t continue to grow forever, of course, but Salah is now at an elite level in this regard.

While we can’t be sure Salah will win the Premier League Golden Boot at this point, he is well placed with 30 goals compared to Harry Kane’s 26. If he can claim the honour, it will be just the sixth time the English top flight’s outright top scorer has played for the Reds.

Salah is on the verge of joining the quintet of Sam Raybould, Jack Parkinson, Ian Rush, John Aldridge and Luis Suarez in claiming the Golden Boot. It’s not bad company to keep, is it?

If there’s one problem with an article like this, it’s that the facts and figures within it will become obsolete almost immediately as the goals continue to flow each week. As it stands, 2017-18 is the club’s fourth-highest-scoring campaign in history, and Salah has played an enormous part in achieving that. The man is on his way to becoming a Liverpool legend – and every one of us can’t wait to watch that journey continue to unfold.