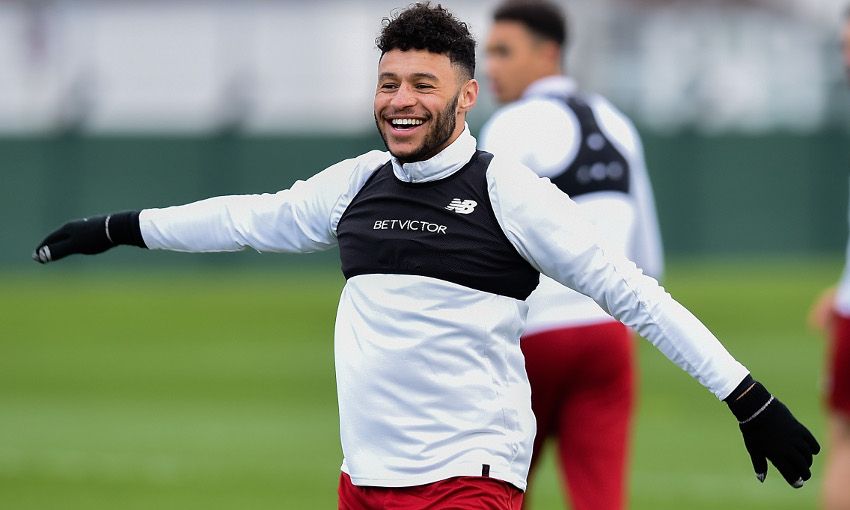 Alex Oxlade-Chamberlain has revealed just how much he is loving life at Liverpool, describing being part of the unified atmosphere around the club and city as the stuff of dreams.

The 24-year-old made something of a slow start to his Reds career following a deadline-day move from Arsenal, starting just one of the first 11 games played in the aftermath of his switch and finding himself in and out of the XI before the turn of the year.

However, since the dawn of 2018, Oxlade-Chamberlain has emerged as a driving force in Jürgen Klopp's midfield, and underlined his new-found status with the unstoppable drive into the Kop-end net that helped Liverpool earn an unassailable first-leg lead over Manchester City in the sides' Champions League quarter-final tie.

The England international was in fine form yet again on Saturday as Bournemouth were brushed aside at Anfield, producing a 'proper' midfield performance according to his manager, and afterwards spoke in glowing terms about representing Liverpool.

"I love it. It's not hard to go and enjoy it when you go out there and you hear the fans singing," he told Liverpoolfc.com.

"Again today was amazing. It's not hard to enjoy your football here, really. It helps when your form's going well and when the results are going for us like they are at the moment.

With Klopp's men closing in on Champions League qualification for next year and a two-legged semi-final tie against Roma in this season's competition on the horizon, the feeling that there is something special brewing at Anfield is hard to shake.

Asked about the positive mood around the place, Oxlade-Chamberlain added: "Even when we were doing our walk today before the game, the buzz around the city at the moment is amazing.

"As a player, you can't thank people enough for that, they are the moments you dream of as a young lad.

"To play for a club like Liverpool that has support like this and to see the appreciation from the fans, it just makes me want to go on the pitch and every time we can keep making them happy."