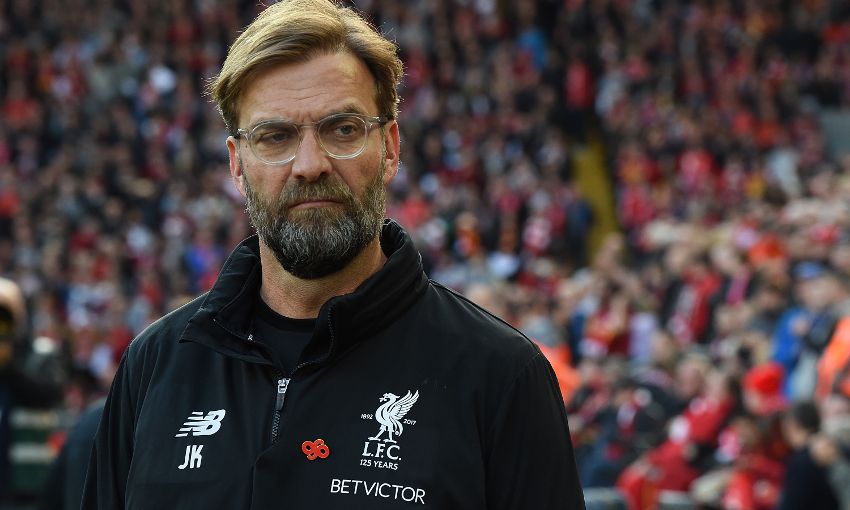 Liverpool can reflect on a fine fortnight's work after beating AFC Bournemouth but Jürgen Klopp warned that nothing has been achieved yet.

The Reds navigated the most intense segment of their season so far with aplomb, beginning with the completion of a second-half comeback at Crystal Palace.

Manchester City were then emphatically beaten at Anfield and Etihad Stadium to secure a place in the Champions League semi-finals and a date with AS Roma, either side of a goalless Merseyside derby.

Klopp’s men had to rouse their minds and bodies to ensure the Cherries could not damage the positivity surrounding the team on Saturday – and did so with ease as Sadio Mane, Mohamed Salah and Roberto Firmino found the net in a 3-0 win.

Afterwards, the manager welcomed the sense of elation that has swept over everybody connected to the club in recent weeks but insisted that the players have to park any such emotions with so much still to play for.

“It was a very intense 14 days for the boys, very intense from all parts – physical and mental,” Klopp told Liverpoolfc.com. “It was really hard. So what they did [against Bournemouth] was exceptional, to be honest.

“The mood is so positive in Liverpool; we had a walk in the city – which we always do when we’re in the hotel – and it kind of felt like a parade already, people were clapping their hands and beeping their horn and shouting ‘well done’. We still had to play Bournemouth.

“We know it was good but the next game needs to be good as well. That’s quite a challenge for the human side of us. The boys did really well.”

The negative note of the evening was the sight of Dejan Lovren limping off in the closing moments to be replaced by the returning Ragnar Klavan.

With a number of injury problems to deal with already, Klopp hopes the seven-day interval between fixtures – Liverpool travel to West Bromwich Albion on Saturday – can be timely and beneficial.

“Raggy was ready. He was not ready before the game, he felt a little bit,” said the boss.

“We spoke about it after the City game. We tested it before the [Bournemouth] game and he said, ‘OK, I can go.’ Hopefully he is back, hopefully Joe Gomez is coming back and hopefully all the others don’t have real problems.

“They are intense times. I’m really happy about the three points. It was massive for us. Everything could have happened – but not when the boys play like this.”