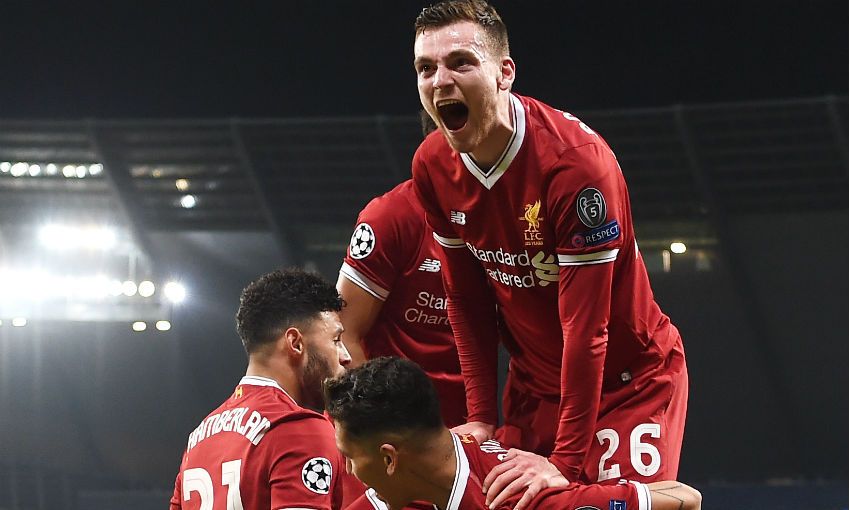 Andy Robertson is unconcerned about the identity of Liverpool’s opponents in the semi-finals of the Champions League.

The Reds will find out on Friday which team they will be paired with in the last four, with Real Madrid, Bayern Munich and AS Roma also involved in the 12pm BST draw at UEFA’s headquarters in Switzerland.

A 5-1 aggregate win over Manchester City ensured Liverpool reached this stage of Europe’s elite club competition for the first time in a decade, and Robertson is unfussed about who will stand in their way of a place in next month’s final in Kiev.

“No, I don’t think you have a preference,” the left-back told Liverpoolfc.com.

“This club have been here before and they know how hard it is, regardless of who you are playing, to get to the final and try and win this trophy.

“We don’t care who we get - we know how hard it’s going to be and we need to try and work so hard to get to the final because we need to deserve it.

“If we can put in performances like we did over these two legs [against City] then hopefully that’s enough, but we look forward to that and we’ve now got a couple of big leagues games to try and cement our place in the top four.

“Then we can focus to two more great occasions and hopefully we’ve got one more after it.”

Stay tuned to Liverpoolfc.com for news of and reaction to Friday's draw.