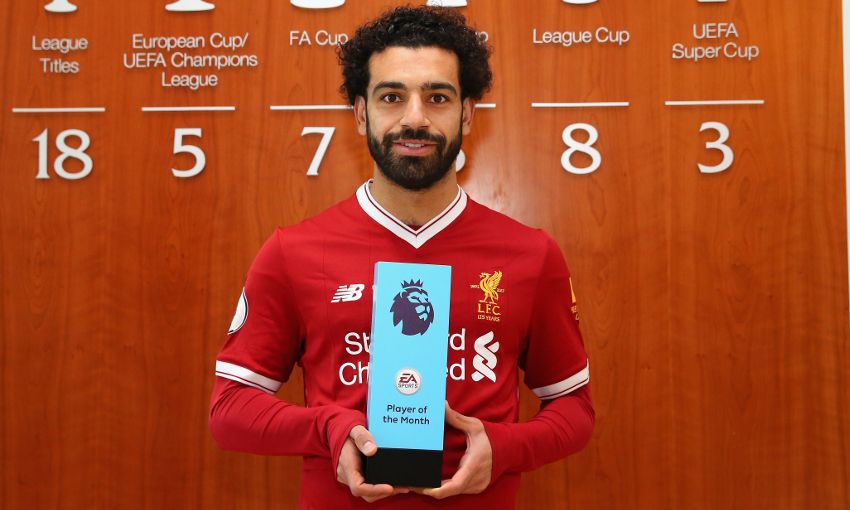 Mohamed Salah's six Premier League goals in March have earned the Liverpool forward the division's Player of the Month award for the third time this season - a new record for the competition.

The Egyptian retained the honour after half-a-dozen strikes in four appearances increased his overall league tally for 2017-18 to 29 as he chases the Golden Boot in his debut Reds campaign.

Salah opened the scoring in a 2-0 victory over Newcastle United, bagged four of Liverpool’s five – and set up the other – as Watford were thrashed at Anfield, and hit the winner against Crystal Palace on the final day of the month.

It is the first time a player has ever won the award three times in the same season.