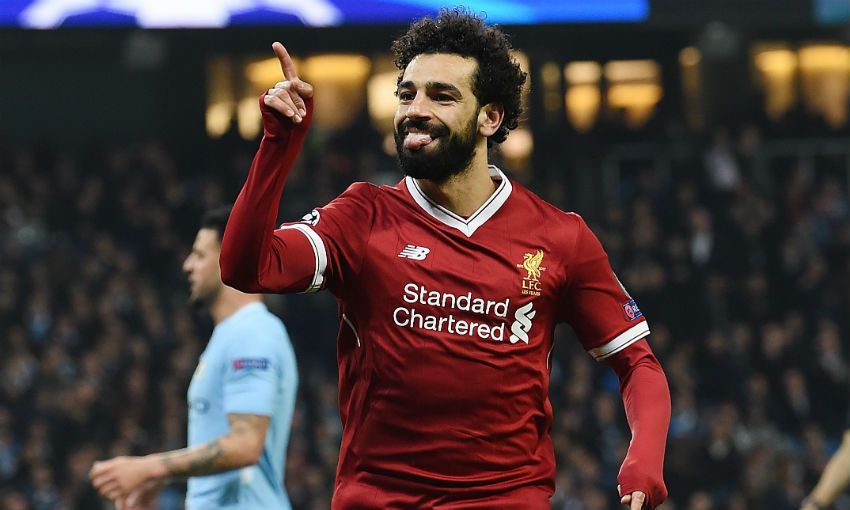 Mohamed Salah paid tribute to Liverpool's resilience after the Reds responded to an early setback to seal their place in the Champions League semi-finals in remarkable fashion on Tuesday.

Jürgen Klopp’s team saw the three-goal lead they accrued in last week’s last-eight first leg get reduced inside the opening two minutes at Etihad Stadium, as Gabriel Jesus slotted in to give Manchester City the advantage on the night.

City applied relentless pressure on Loris Karius’ goal in the first half as they strove to reduce their deficit further, but the visitors dug deep to get to the interval still 3-1 up on aggregate.

And a different Liverpool emerged for the second half, with their increased attacking intent being rewarded when Salah produced a classy dink to draw them level on the night shortly before the hour mark.

Roberto Firmino then added the finishing touch with a coolly-taken goal of his own 14 minutes from time to secure a hugely impressive 5-1 aggregate win and a spot in Friday’s draw for the semi-finals.

Speaking to BT Sport after the game, Salah reflected: “I think the [his] goal was at a good time for us because they were pressing very high and had many chances, so in the beginning we struggled a little bit because they scored in the first two minutes.

“After that we came back, we played hard and we got the result - that’s the most important thing.”

Salah began Tuesday’s match in his usual position on the right of Liverpool’s three-pronged attack, but shifted to the centre during the first half and duly netted his 39th goal of the season in the second.

The prolific No.11 continued: “I’ve changed my position many times, but in the end we play as a team. We play as 11 players and everyone gives 100 per cent, so we are happy about the result.

“I’ve said many times that I play for the team and I try to score each game to try to help the team to win the games. That’s the most important thing for me.”