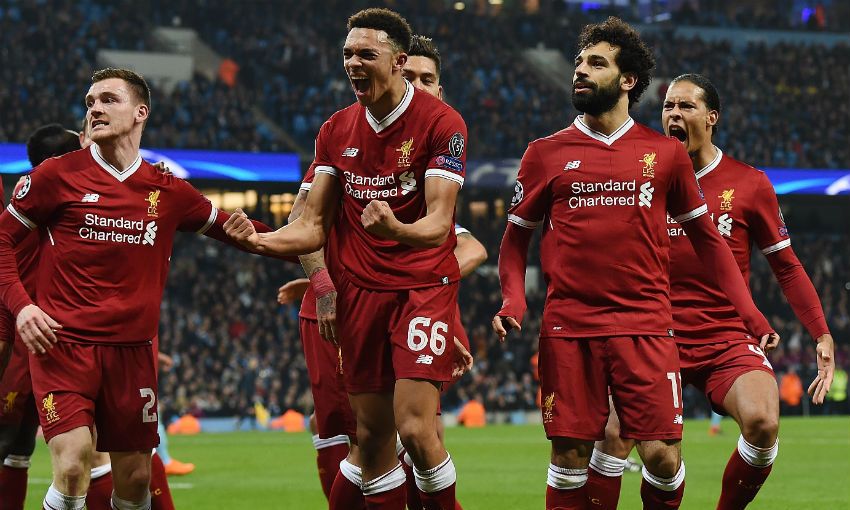 Liverpool marched into the Champions League semi-finals with a 2-1 victory at Etihad Stadium that confirmed a 5-1 aggregate triumph over Manchester City.

On a fraught and energy-sapping evening, the home side reduced their three-goal deficit from the first leg within two minutes of kick-off through Gabriel Jesus, before Bernardo Silva struck the post and Leroy Sane had an effort disallowed.

But Mohamed Salah put paid to City’s hopes of a comeback when, 11 minutes into the second half, he punished hesitant defending to chip in a decisive away goal – and Roberto Firmino put icing on the cake when he slotted home a second.

So the Reds progress to the competition’s last four for the first time in a decade and await Friday’s semi-final draw with huge anticipation. 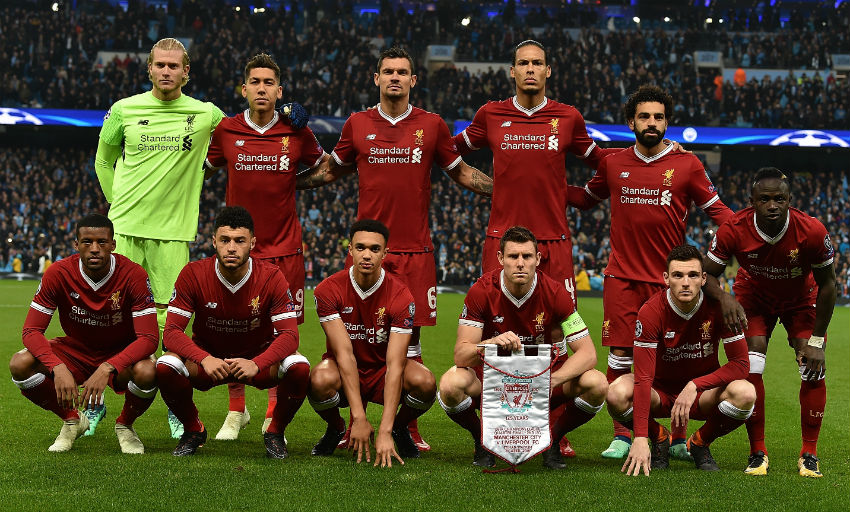 Liverpool made a single, enforced change from the first leg at Anfield – Georginio Wijnaldum replaced the suspended Jordan Henderson as the deepest of Klopp’s midfield three.

Salah was fit to start after suffering a groin injury last week and James Milner captained the side on the 650th appearance of his club career.

The worst start the Reds could have imagined materialised with just shy of two minutes on the clock.

Virgil van Dijk’s claims that he was fouled by Raheem Sterling on the touchline as he brought the ball out were denied and Fernandinho quickly knocked the loose ball in behind to the former Liverpool forward, who squared for Jesus to swerve a finish around Loris Karius.

Charged up by scoring so early, City used the momentum to press the visitors back and establish territorial dominance. Pinned in and under pressure, Klopp’s men dug deep.

Karius punched away a Sane cross that came swinging into his view via a deflection off Alex Oxlade-Chamberlain and the goalkeeper calmly collected a low hit from Kevin de Bruyne.

There was no let-up as the game reached its half-hour mark, with Liverpool unable to find any of their front three with consistency. Sterling had two quickfire penalty appeals, both alleged against Andy Robertson, dismissed. 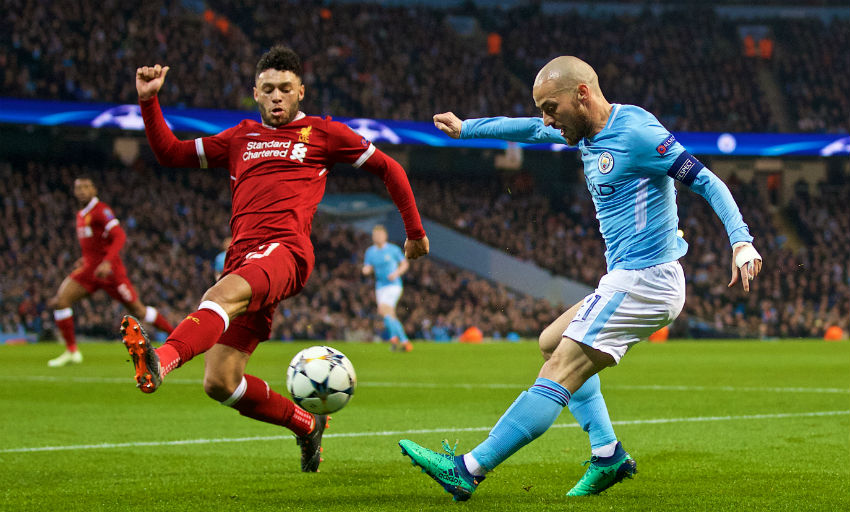 Bernardo Silva was often the free option for City high on the right flank and the Portuguese went close – but wide – when he controlled a cross-field diagonal, stepped outside Robertson and sent a punt towards the far corner.

Almost immediately the same player lashed a shot off that same left post, a flick off Dejan Lovren’s head along the way perhaps proving beneficial to the Reds.

And they were fortunate again when Sane put the ball in the net moments later. Karius’ punch clear looked to have bounced back towards the Liverpool goal off Milner for the wide-man to tap in but the officials ruled it offside.

There was still time for a brilliant breakaway at the other end, led by Firmino and Salah, but when the latter found him free in the box Oxlade-Chamberlain clipped off target after rounding Ederson.

Liverpool asserted themselves from the outset of the second half, retrieving and using possession with much greater authority and taking the sting out of the hosts’ intent.

And they ended the tie as a contest in the 56th minute.

A neat exchange in the centre of the pitch finally opened up a gap to slide through Salah, who moved the ball on for Mane to surge into the City box.

The No.19 tumbled under pressure from Fernandinho but Ederson failed to collect and the Reds’ goalscorer supreme pounced, waiting for the perfect moment to drop a dink into the back of the net right in front of the jubilant travelling fans. 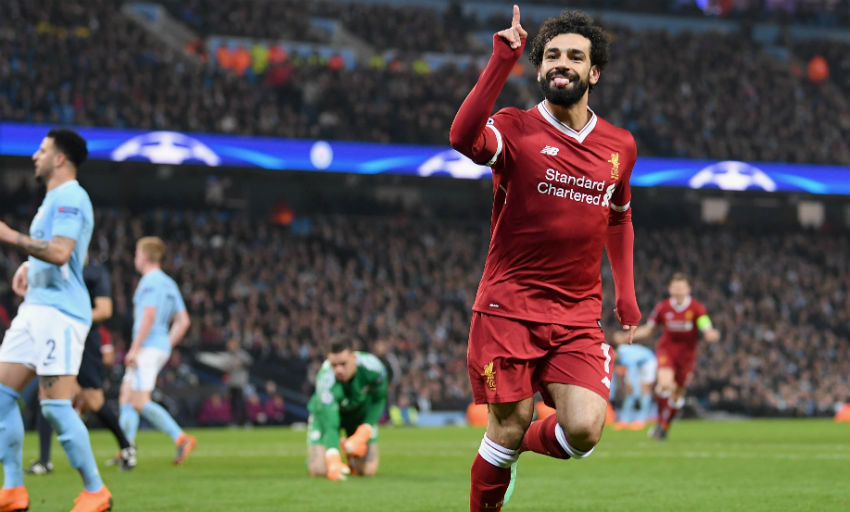 The Premier League leaders sent on Sergio Aguero in the pursuit of a response but Liverpool were untroubled aside from an Aymeric Laporte punt that Lovren nodded inches over the bar.

And, never one to settle, the final word went to Firmino.

The tireless Brazilian stole the ball from Otamendi in the left channel and scurried into the area to thread an unerring finish past the reach of Ederson and confirm a magnificent result for Liverpool.

Next stop, the Champions League semi-finals.