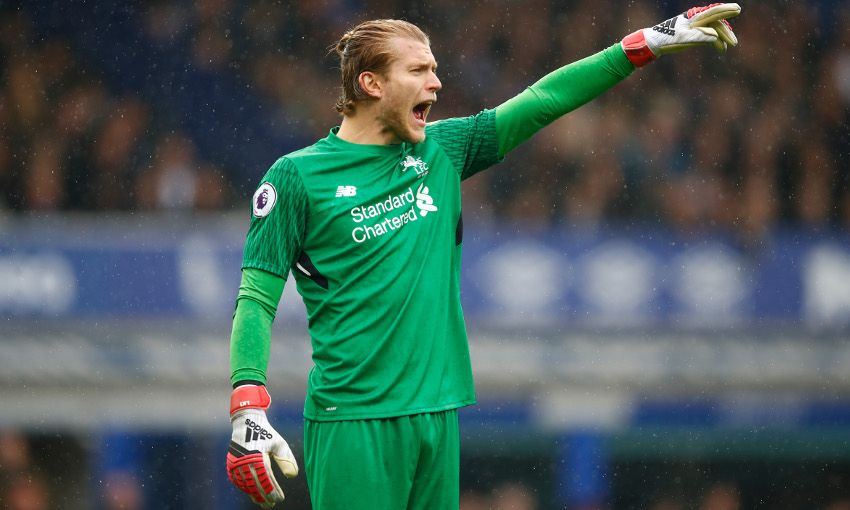 Loris Karius took a humble approach when asked whether his brilliant Merseyside derby save from Yannick Bolasie was the best of his Liverpool career thus far.

But the German goalkeeper had no qualms about talking up an impressive clean sheet earned in conjunction with an unfamiliar back four at Goodison Park.

The Reds looked assured for large periods of their 0-0 draw with neighbours Everton, despite giving the fit-again Nathaniel Clyne his first start of the season and using Ragnar Klavan at left-back.

Asked after the match about his remarkable sprawling stop from a Bolasie curler in the first half, Karius preferred to deflect attention onto the defensive unit as a whole.

"I don't know [if it was my best]. In the game, you just try and help the team," he told Sky Sports. "I don't know how good it was or not, it goes too quick. I was just happy to get a fingertip on it.

"It's good to get a save like this but the most important thing for us [was] to get a clean sheet because the back four was new with Clyney coming back in after a long time and Klavan is not [usually] a left-back.

"So that's really pleasing for us."

The 24-year-old also declared the stalemate a fair result, acknowledging that the Toffees grew into the game as their visitors tired due to their midweek Champions League exertions.

"I thought we did really well first, the start of the second half as well," he added.

"Of course, at the end, Everton pushed on and we were hanging in a bit but that's normal, we had an intense game [on Wednesday].

"We wanted three points but at the end I think it's a fair result if you look at the whole game."

Watch Man City v LFC at a special Anfield screening on Tuesday. Tickets must be purchased in advance. Click here to buy>>