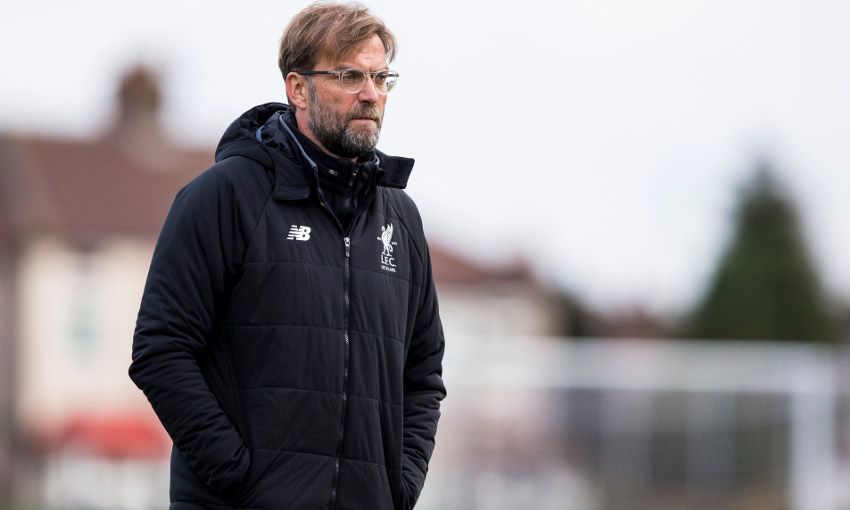 Liverpool have earned the right to enjoy tonight's Champions League clash with Manchester City – and Jürgen Klopp sees value in his team approaching the tie with confidence.

The Reds are the most prolific side in this season’s competition so far, with 28 goals, and have navigated the play-offs, group stage and last-16 round without defeat on their return to the elite level of European football.

An emphatic aggregate victory over FC Porto paved the way for an all-Premier League showdown with a club producing the fluid, free-flowing possession style preached by Pep Guardiola.

A modern classic unfolded in their last meeting in January. Liverpool triumphed at Anfield that day by the odd goal in seven, inflicting City’s only defeat of the league campaign to date.

So, as they kick off a two-legged contest with the world watching on, Klopp will tell his players to relish the moment. To grab their opportunity. ‘To make the people happy.’

“I can really understand that everybody makes a big thing of the game – it is a big thing. It’s only football still, but it’s a big game,” the manager told Liverpoolfc.com.

“It’s what we were all dreaming of when we were young so having it is pretty special. I’m absolutely excited about the opportunity we have.

“We know how difficult it will be but that’s no problem. In the Champions League quarter-finals if you had an easy game something would be wrong. It’s not an easy game – it’s actually the opposite.

“Hopefully we can really deliver. That’s important. It’s not granted but I think we have a good chance to deliver – and then it will be a very interesting game.”

At his pre-match press conference, Guardiola was quizzed on whether the manner of City’s loss at Anfield three months ago would persuade him to adapt his naturally attacking philosophy on this occasion.

He rejected the suggestion.

Klopp struck a similar chord in his appraisal of the tie, signalling that Liverpool do not intend to let the ambition at the heart of their game be diminished by pressure or practicalities.

“It’s not about getting a result, it’s about winning the game and trying to win the second one as well. We don’t think too much about the second leg in Manchester. We only go into the game and want to enjoy it; we want to work hard, be on our highest level and make the people happy. That’s the plan.”

It was a nine-minute blitz that defeated City last time.

With the score 1-1 and the match evenly balanced early in the second half, a frantic passage of play saw goals from Roberto Firmino, Sadio Mane – who also hit the post – and Mohamed Salah establish a lead that even a late flurry from the visitors could not overcome.

Klopp does not usually lean on the previous match against an opponent to inform his players of what is required for the latest one, but admitted an exception in this case.

“It will be involved in the meeting,” he said. “Only a little reminder.”

But that performance belongs in the past. The manager’s primary message is to make the most of the present.

“We didn’t do what we did against Manchester City for the first time in the game against City – we did it before,” Klopp explained.

“The big difference is that in a game like this, with an opponent like this, if you do what you do only at 99 per cent you get beat. Therefore we need to do what we do at 100 per cent.

“On this level, everybody punishes you for your mistakes – and we do the same pretty much. So it’s about still doing the mistakes but having a solution for sorting it, being brave and being lively.

“Be full of confidence because it’s not a coincidence that we are at this stage – we qualified and we played a fantastic Champions League campaign so far, so let’s enjoy it.”