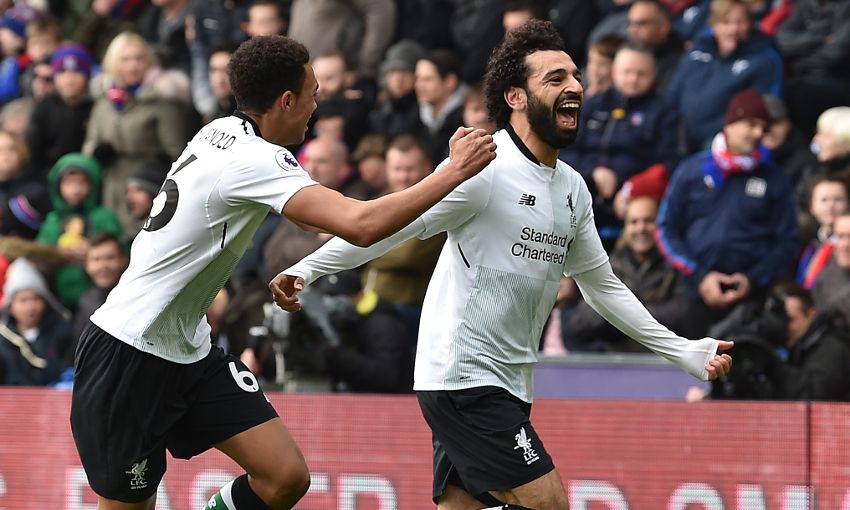 Mohamed Salah struck a late winner as Liverpool came from a goal down to beat Crystal Palace 2-1 on Saturday.

Here is what the media made of the game…

Jürgen Klopp's side were a million miles away from their fluent best but that made the outcome all the sweeter. In the face of adversity, Liverpool got the job done against Crystal Palace as they showcased the powers of recovery Klopp prides himself on. Make no mistake, this was a massive victory as the Reds moved 10 points clear of fifth placed Chelsea. It may not have been a performance to strike fear into Manchester City but, crucially, the Reds will go into Wednesday night's Champions League quarter-final first leg at Anfield with momentum maintained. When you have got Mohamed Salah on board hope springs eternal. Predictably, the Egyptian was the hero once again with the late winner to leave Roy Hodgson crestfallen. Salah, like his teammates, was nowhere near the peak of his powers, but he still made the decisive contribution when he coolly tucked away Andy Robertson's cross. His 37th goal of the season strengthened his grip on the Golden Boot and the case for him to be crowned Player of the Year is compelling. Salah's tally of 29 in the Premier League equals the record haul by an African player set by Didier Drogba in 2009-10. Having netted in 21 different league matches this term, he's moved level with Robin van Persie and Cristiano Ronaldo. He's rewriting the record books on a weekly basis as he closes in on becoming the first Liverpool player since Ian Rush in 1986-87 to reach the 40-goal mark.

Liverpool were nowhere near their best but found a way to win as goals from Sadio Mane and Mohamed Salah saw them come from behind to sink Crystal Palace at Selhurst Park. The result saw them tighten their grip on third place with their two closest challengers Chelsea and Tottenham due to meet on Sunday. This could be an extremely significant three points in the race to secure a top-four spot. The performance was flat but the players stuck at it and got their reward. Andy Robertson was Liverpool's best player. Defensively diligent and always offered an outlet in attack. More often than not when he gets into a dangerous area he produces a quality delivery and it was from one of those that Salah scored the winning goal from.

Jürgen Klopp finished this game punching the air and hugging Trent Alexander-Arnold, his teenage defender who had endured a torrid first half but ultimately came out on the winning side. Not for the first time this season, he and his team-mates will be thanking the striking instincts of Mohamed Salah, whose late finish completed an important comeback against Crystal Palace to send Liverpool 10 points clear of fifth-placed Chelsea, and on to Wednesday's Champions League tie against Manchester City with a spring in their step. With less than 10 minutes remaining, substitute Alex Oxlade-Chamberlain bustled down the right wing and swung in a deep cross, where Andrew Robertson had the composure to coolly square to Salah who took a touch in the box… and everyone in Selhurst Park knew exactly what was coming next. Liverpool have a tight grip on the top four and a Champions League tie to relish.

It was a frantic and contentious contest and ultimately one of huge satisfaction for Liverpool as they recovered from going 1-0 down to secure a victory that shores up their place in the Premier League top four and provides ideal preparation ahead of Wednesday's Champions League contest with Manchester City. To nobody's great surprise, it was Mohamed Salah who struck Liverpool's late winner, a calm and precise finish from Andy Robertson's cross on 84 minutes that took the Egyptian's tally to 37 goals in what continues to be a remarkable debut season. In the broader sense for the visitors, this triumph displayed their capacity to carve out a win even when they are not playing well, which was the case here, and will only deepen Crystal Palace's sense of regret after they had taken the lead through Luka Milivojevic's 13th-minute penalty.